A Nigerian man based in the United States has taken to social media to revealed how he dealt with his wife for challenging his authority. 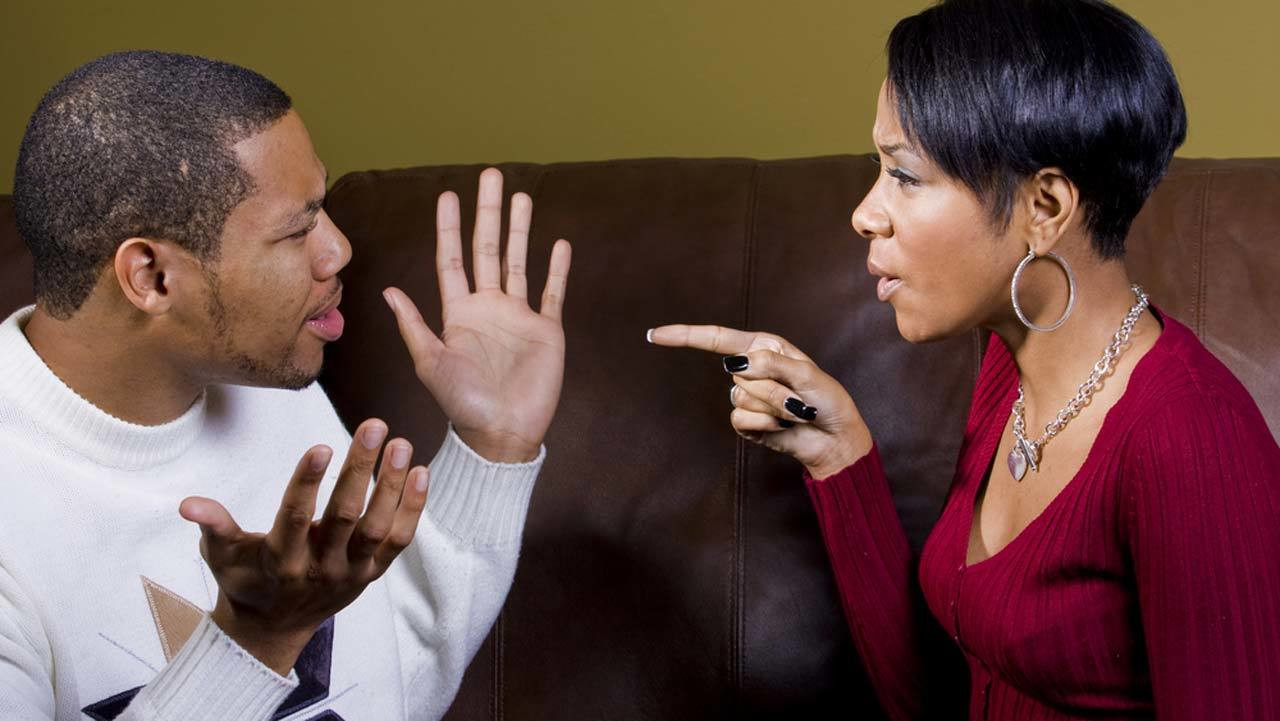 In a post shared oh his Twitter page, the man said he delayed his wife’s US spousal visa for two years after she challenged his authority while still in Nigeria.

He wrote: My wife who is due for US Spousal VISA challenged my authority for the umpteenth time yesterday while she is still in leaving in Nigeria.

“I just added 2 more years to her application. i cant take an intransigent woman to US to turn around and make my life a living hell. i feel ya pain.” 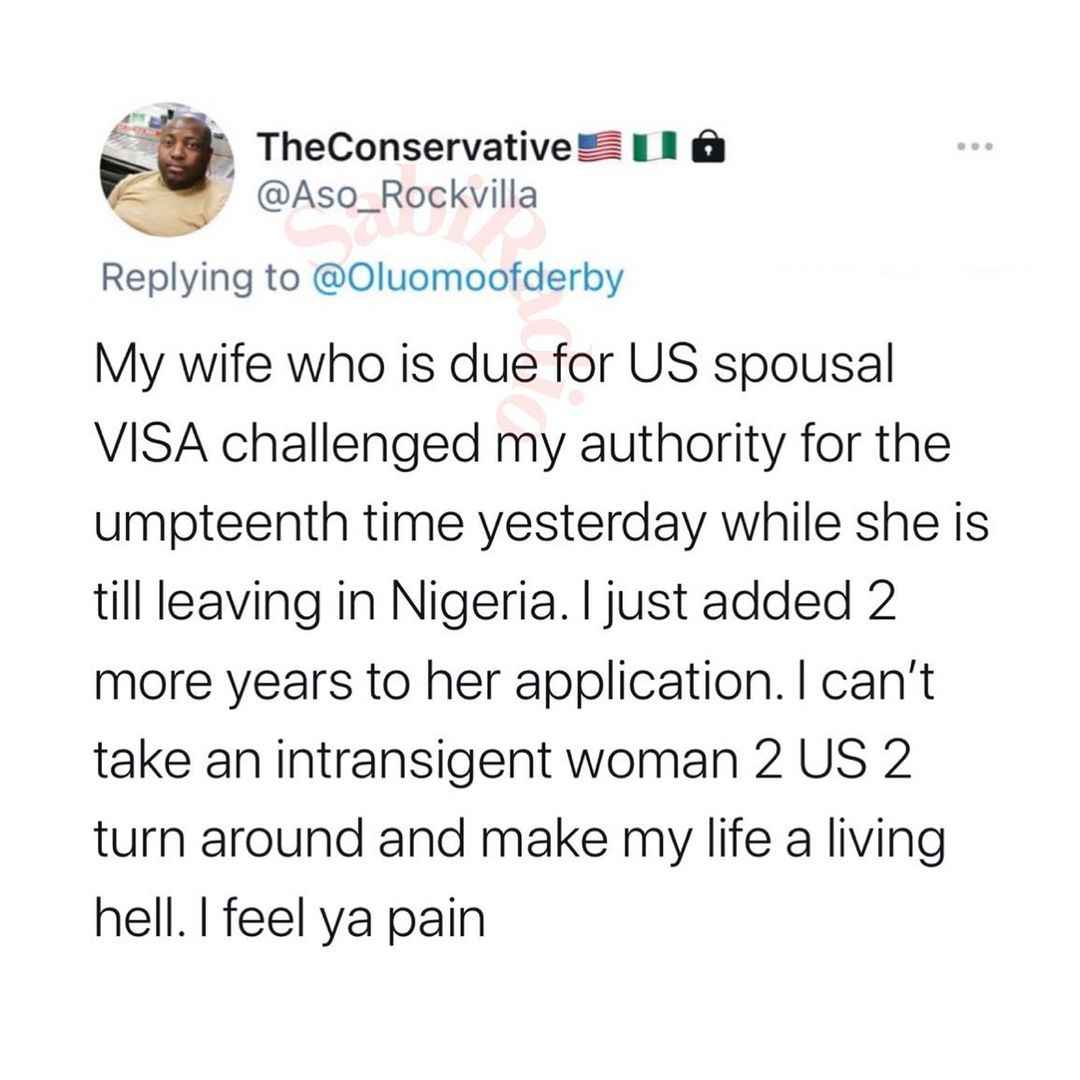 KanyiDaily had also reported how a Nigerian doctor murdered his wife, and also attempted to strangle his two sons to death before killing himself at their Greatwood home, Texas, United States. 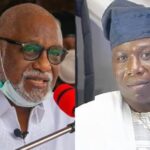 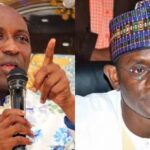