A court in Cyprus has sentenced a Nigerian student, Chrstopher Ezeh, to 27 years in prison for the murder of his fellow Nigerian roommate, Walshak Augustine Ngok. 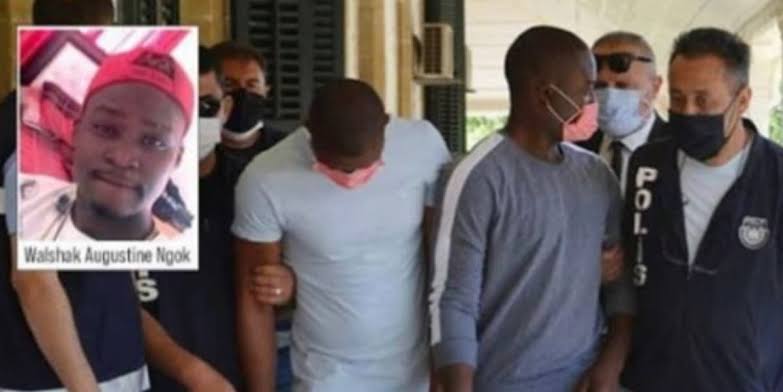 The Lefkosa High Criminal Court also sentenced one Nana Nkansah, a Ghanaian and Wayne Moyo, a Zimbabwean, to 3-year jail term each for their role in the crime.

The Court president, Nüvit Gazi, said that Walshak Ngok, 25, was found dead in a forest area in Haspolat – Tashkent highway after he was murdered on Friday April 19,2019.

According to him, 12 people including 11 males and 1 female were later arrested in connection to the crime after an autopsy carried out by the police showed that the deceased died from head trauma and suffocation.

READ:  Seven-Year-Old Nigerian Girl Dies Due To 'Poor Feeding' By Her Parents In United States

“Christopher Ezeh, who was a roommate to the deceased confessed to killing Ngok and taking his body to a forest area after they both got into a fierce argument because of a girl.

“It was gathered that on the day of the incident, the suspect and the victim who both took alcohol were in the company with some friends in a restaurant in before they started having issues over a girl.

“The duo was said to have continued fighting when they later got home even after some fried s tried to separate them initially when the fight started.

“Christopher reportedly beat Walshak Augustine severely which made him unconscious. He then dragged him down the stairs of the apartment where he continued beating the deceased.

“When he noticed that his victim was no longer breathing, he decided to take him to the forest area and dumped him at the entrance instead of going to the hospital.

“The other suspects confessed that they could not prevent the accused due to the severity of his anger,” Gazi said.

Katip maintenance that other convicts were found guilty of cansing the death of someone else as a result of imprudence and carelessness. 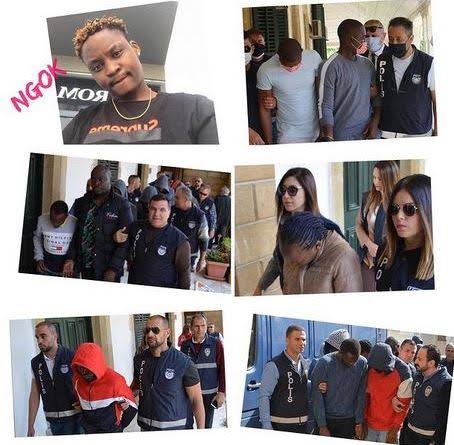 KanyiDaily had also reported how a 27-year-old Nigerian man was shot six times by Irish police outside his family home in Dublin, Ireland.