The Presidency has issued an oath of secrecy to staff members at the State House in Abuja, warning them that disclosing confidential information without authorization will attract penalties under public service rules. 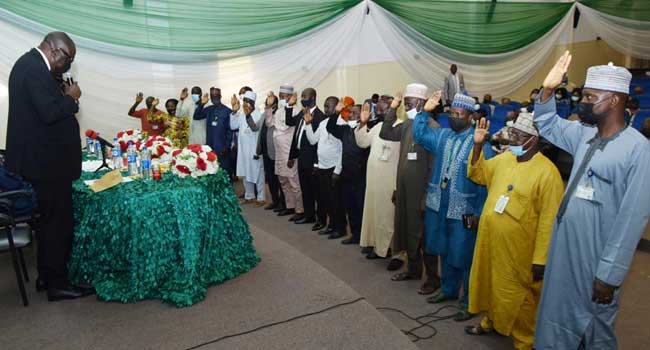 The secret oaths comes after reports emerged on how President Muhammadu Buhari secretly planned to visit the United Kingdom to avoid rampage or any “embarrassing protest” against him.

In a statement issued on Tuesday, the Permanent secretary of the State House, Tijjani Umar, warned the presidential villa staff against divulging state secrets to the public.

Umar issued the warning during the administration of Oath of Secrecy and Declaration of Secrecy on 42 staff of the presidential villa by Justice Hamza Muazu of the FCT High Court on Tuesday.

The statement by the presidential media office signed by assistant director of Information, Patience Tilley-Gyado, quoted Umaru as saying that leaking of confidential information without authorisation will attract penalties under the public service rules.

The Permanent Secretary stated this at the administration of Oath of Secrecy and Declaration of Secrecy to 42 staff of the State House, administered by Justice Hamza Muazu of the FCT High Court.

The Permanent Secretary explained that the oaths were administered to staff members who handle classified documents.

‘‘We discovered that due to deployment of officers and retirement a number of our staff need to be placed under the radar so that they will be aware that their jobs, the kind of documents or information they are handling from day to day and beyond, are so important and must be safeguarded.

‘‘That’s the reason we decided to do the needful by administering the Oath of Secrecy, highlighting the importance of letting them know what information they are managing and the consequences of the breach of such information,’’ he said.

The Permanent Secretary, who disclosed that the exercise will be continuous, expressed delight that so far the State House has not recorded any breach of information.

‘‘We have not had any breach. We don’t anticipate having any breach. But then it’s our duty to let them understand that if there is any, there will be consequences after investigations and that also includes after they have retired from the Civil Service,’’ he said.

Earlier before the administration of the Oaths, Mr Tukur Yahaya, the Director of Special Services Department, Office of the Secretary to the Government of the Federation, took the staff through sensitization, explaining the essence of the Official Secrets Act, 1962.

‘‘The essence of this exercise is to ensure the safety and security of government information, documents and facilities,’’ he said.

KanyiDaily had earlier reported that President Buhari is currently in London to participate in the Global Education Summit on Financing Global Partnership for Education (GPE) 2021-2025. 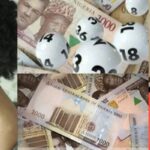 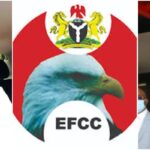