The Nigeria Police Force (NPF) has accused a 21-year-old lady, Glory Okolie, of spying for her boyfriend who is a suspected member of the Indigenous People of Biafra (IPOB).

This comes after the police were recently accused of detaining Miss Okolie ‘illegally’ for 72 days and turning her into a maid in police custody after she was arrested by officers of the Intelligence Response Team in Owerri, Imo State.

The accusation was made a few days ago by an activist, Harrison Gwamnishu, who is the Director-General of the Behind Bars Human Rights Foundation.

Gwamnishu had revealed that the young lady was arrested on June 17, on the same day sat for the 2021 Unified Tertiary Matriculation Exam in Owerri.

He said that Okolie was taken to Abuja after she was accused of being a member of the IPOB/ESN and forced to be washing and cooking for the IRT officers.

The activist said Okolie’s family members had been searching for her in hospitals and mortuaries for over two months until a man released from prison told them that he saw their daughter in IRT custody cooking and washing clothes for the officers.

Glory Okolie Was Arrested For Being IPOB’s Spy

The police in a statement on Sunday by Aremu Adeniran, deputy force public relations officer in Abuja, on Sunday, Miss Okolie has arrested by IRT officers in order to use her as bait to arrest her boyfriend who is suspected to be an IPOB member.

“Operatives of the Nigeria Police Force, working with the Military and other security forces, have arrested one 22-year-old female suspect, Gloria Okolie, for her complicity in the series of deliberate and well-coordinated attacks on security formations, other critical national infrastructure including INEC offices and killing of security operatives in the South-Eastern part of the country.

“The suspect, a native of Umutanza in Imo State, was arrested following ongoing investigations and implementation of special operation, Operation Restore Peace, to amongst other things, break the information, drugs and arms supply chain to the outlawed Indigenous People of Biafra (IPOB) and its armed wing, the Eastern Security Network in the South-East region.

“Police Investigations revealed that Gloria Okolie is a member of IPOB/ESN in Imo State who worked closely with one Benjamin Uzoma Emojiri a.k.a “Onye Army”, one of the ESN commanders earlier declared wanted by the Police for his lead roles in planning, coordinating and executing the attack on the Imo State Police Command Headquarters and Imo State Headquarters of the Nigerian Correctional Service.

“Her arrest and the revelations from her confession, assisted the Police in the arrest of “Onye Army”, a major breakthrough in the quest to restoring law and order in the South-East region.

“Okolie takes advantage of her gender and seemingly innocuous looks as camouflage to carry out espionage against military and police,” the statement reads.

The police said the suspect also received cash, drugs and weapons on behalf of IPOB/ESN and delivered same to their commanders in their camps.

Adeniran said she actively aided and abetted multiple acts of murder, arson and malicious damage to both private and public property by the ESN.

“A lot of the deadly and unfortunate attacks on security personnel and assets, with numerous fatalities, have the imprimaturs of Gloria Okolie, the spy girl of ESN militants.”

The Police added that Okolie will soon be charged to court, adding that the inspector-general of police, Usman Baba had ordered an investigation into the alleged detention of the young woman.

But reacting to the statement, Gwamnishu accused police of attempting to frame Miss Okolie, whose family had been looking for since June.

He queried why the police did not issue a statement since the arrest took place, adding that the action is against the provision of the constitution.

“After using Glory Okolie as beast of burden, abused by Nigeria Police Force officers and unlawfully detained for over 72days, and upon realising that the world has taken notice of her unlawful detention and abuse by police officers, the IGP of Police caused this “earthshaking” press release to be issued to demonise Glory Okolie.

“The first few questions to the IGP are these: Why was she detained and used as a beast of burden to cook and help police officers wash their clothes at Tiger Base in Owerri, Imo state if she is so dangerous?

“Why not issue this release since her arrest 70 days ago? Why wasn’t she charged to court since her arrest when the law says you have no right to detain beyond 48 hours? Why was the fellow who exposed her unlawful detention also detained?

“It is obvious that this belated press statement was designed as a ruse to cover up some police atrocities!” Gwamnishu said. 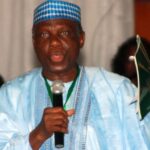 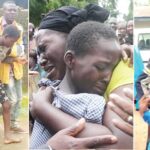