Reports indicate that the Taliban has taken control of Afghanistan’s presidential palace as President Ashraf Ghani flees the country. 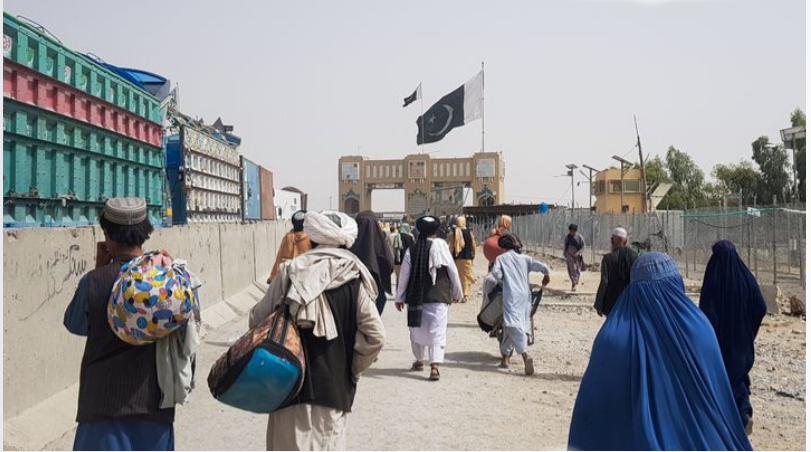 Taliban had earlier seized all major cities in Afganistan apart from Kabul.

Taliban officials say the airport will still be allowed to function and foreigners are permitted to leave.

President Ashraf fled the country to Tajikistan after the Taliban militants entered Kabul and demanded the unconditional surrender of the government.

Who are the Taliban?

The Taliban has been fighting against the western-backed Afganistan government since they were ousted from power in 2001.

The Taliban group was formed by Mujahideen fighters who fought soviet forces around 1980 and were backed by the CIA.

In 1994, the Taliban gained country of a greater area of the country and imposed it’s own sharia law and were brutally enforcing it.

After they gave refuge to Osama Bin Laden and co after September 2001 terrorists attacks on World Trade Center, United States launched an offensive against them on 7th October 2001.

Who are the Taliban fighting in Afganistan?

Despite being removed from power, the Taliban waged a guerilla war against the country’s Western-backed government and US forces in Afganistan.

In 2018, the Taliban agreed to a peace talk with the United States and a peace deal was struck in February 2020.

The peace deal was to allow US to withdraw it’s troops from the country while preventing the Taliban from attacking US forces.

What do the Taliban believe about education?

The Taliban does not believe in women’s education and has said it will end mixed-gender education and return Islamic law to a central place in society.

Women must cover their faces when going out and must be accompanied by a male relative.

Malala Yousafzai is a perfect example of what the Taliban can do to girls who insist on acquiring education.

If you don’t know Malala, she’s the young activist that was shot multiple times by the Taliban inside a school bus in Pakistan and she’s also the young girl who forced Nigeria’s former President Goodluck Jonathan to finally meet the families of the abducted Chibok girls.

Only four countries in the world recognized the Taliban when they were in power.

The countries are The United Arab Emirates, Saudi Arabia, Pakistan and Turkemnistan.

Recently, China has suggested that they may recognize the Taliban as a legitimate government.

What do the Taliban really want?

Earlier this year, the Taliban declared that they wanted a genuine Islamic system that would make provisions for women and minority rights in line with their cultural traditions and religious rules in the country.

They made assurances that women would enjoy equal rights according to what was granted by Islam including the ability to be educated and to work.

But this was debunked when earlier this month, some Taliban fighters stormed a bank in Kandahar and ordered the women working there to leave.

The women were escorted to their houses and told never to return to work.

They told them that their male relatives could replace them at work.

This shows that some of the changes made over the last 20 years could be reversed.

Meanwhile, The United States and the United Kingdom are trying to evacuate their citizens amidst reports that British Airways has ordered all their pilots to steer clear of Afghanistan’s airways.