The Indigenous People of Biafra (IPOB) has warned that Fulani herdsmen slaughtering farmers in Enugu State will be taught a lesson in the language they understand.

IPOB issued the warning on Thursday while reacting to the death of eight persons who were recently killed in the Mgbuji community in Eha-Amufu, Isi-Uzo Local Government Area of Enugu.

It was learnt that the eight persons were killed during an ambush carried out by Fulani herdsmen who also left hectares of farmland destroyed, with a number of residents missing.

Reacting in a statement issued by its spokesman, Emma Powerful, IPOB said the renewed barbaric attacks in Enugu by Fulani herdsmen has exposed the Nigerian security agencies as hypocrites who are compromised.

The group warned the herdsmen that its men would rise again “and teach them in the only language they understand,” and it boasted that “We did it before and they attested to that, and we shall do it again.”

“The renewed barbaric and unprovoked attacks on different communities in Enugu State by Fulani terrorists masquerading as herdsmen, have once again exposed the hypocrisy of the compromised Nigeria military, police and other security agencies supervising the ongoing ethnic cleansing of Biafrans by the Fulani.

“The same double-faced and Fulani-controlled Nigerian security agencies hunting for the operatives of the Eastern Security Network (ESN) are watching Fulani herdsmen as they continue their killing spree across Biafra land.

“Instead of halting these genocidal attacks against innocent Biafrans, the compromised and complicit Nigeria security agencies take pleasure in hunting and killing our volunteers defending our ancestral land.

“The massacre of innocent Biafrans at Ehamufu in Enugu State Wednesday morning unchallenged by the security agents is another confirmation of the criminal role of the Nigeria security agencies in the evil agenda of the Fulani in Nigeria.

“The barbaric attacks on the hapless people of Eha-Amufu and Ogbuji communities in the Isi-Uzo Local Government Area has proven that Nigerian soldiers’ singular agenda in Biafraland is to be distracting the ESN and IPOB and thereby create the environment for Fulani Herdsmen to continue with their land-grabbing tendency and atrocities against Biafran communities.

“We the Indigenous Peoples of Biafra, IPOB, therefore, want to remind the Fulani jihadists masquerading as herdsmen and their partners in crime that they won’t succeed in Biafra land as long as we exist. Our gallant men will again teach them in the only language they understand. We did it before and they attested to that, and we shall do it again.”

KanyiDaily recalls that Miyetti Allah had vowed to avenge the death of every Fulani herdsmen killed in the South-East by the Indigenous People of Biafra (IPOB). 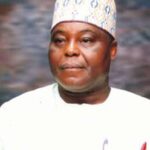 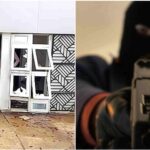