The Fédération Internationale de Football Association (FIFA) has ranked Super Eagles striker, Victor Osimhen, as the 18th most expensive player in the world. 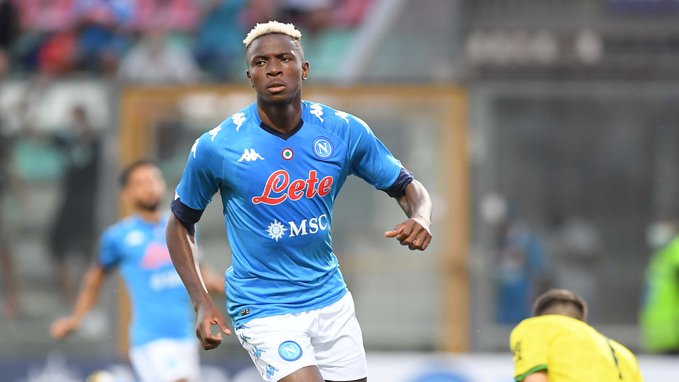 According to Punch, the top 70 transfers released by FIFA only have five Africans and no Nigerian listed in the report, which has records of transfers done in the last 10 years,

In the report, Osimhen ranks 18th in the world after his €81m move from French Ligue 1 side Lille to Serie A side Napoli in August 2020.

The move also makes him the most expensive signing in Africa, eclipsing Ivoirian Nicolas Pepe’s €80m move to Arsenal from Lille a year earlier.

Brazilian forward Neymar is the world’s most expensive player, after moving from Barcelona to PSG for €222m in 2017. He is followed by Eden Hazard, who joined Real Madrid for a fee that could exceed €174m two years later.

Philippe Coutinho’s 2018 move from Liverpool to Barcelona worth €170m is rated the third most expensive move, while Ousmane Dembele’s €157.78 move to Barcelona from Borussia Dortmund in 2017 is fourth.

Joao Felix completes the top five with his €126 move to Atletico Madrid from Benfica in 2019.

Gareth Bale, Paul Pogba and James Rodriguez are sixth, seventh and eight respectively with their moves to Real Madrid, Manchester United and Madrid respectively, while Angel Di Maria is in the ninth and 10th positions with his moves to PSG and United respectively.

Osimhen’s move is also the third most expensive in 2020, only bettered by Kai Havertz’s €85m move to Chelsea from Bundesliga side Bayer Leverkusen and Arthur Melo’s €82m switch from Juventus to Barcelona.

The five Africans on the list include Ivory Coast’s Pepe at number 21, while Gabon’s Pierre-Emerick Aubameyang’s €63.7m move to Arsenal from Dortmund places him in 31st position. Guinean Naby Keita is 41st with his club record €60m move to Liverpool from Leipzig.

Also in the list are Ghana international Thomas Partey, who joined Arsenal from Atletico Madrid in 2020 for €50 to place 64th, and Egypt’s Mohamed Salah, who moved to Liverpool for €42m from AS

KanyiDaily had reported how Victor Osimhen became one of the most expensive African players of all time after he struck a five-year deal with Napoli. 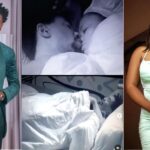 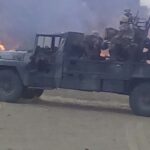