A young lady identified as Angel has narrated how an alleged internet fraudster, popularly known as yahoo boy, stole the sum of N1.3 million from her account after sleeping with her for eight days in Abuja, Federal Capital Territory (FCT). According to The Whistler, Angel said she met the yahoo boy who gave his name as Frank through a ‘hook-up’ app, and they ended up spending eight days together at a hotel located in Kubwa, a suburb of Abuja.

It was gathered that their meeting ought to be for short casual sex at Soul Lounge nightclub, Kubwa, in late August 2021, but it ended up landing Angel at the Kubwa Divisional Police Station after her ‘hook’ wired N1.3 million from her account without her consent.

Speaking with newsmen, Angel said that young man had bragged about fictional achievements, including owning a house in high-brow areas of the federal capital, having over 40 million in his accounts and strings of businesses.

The lady said she was convinced by Frank’s alluring statements and promises, and she followed him to Bchezz Hotel located opposite the Kubwa Central Market in Kubwa, where they did nothing but eat, sleep and kept each other’s company for eight days.

Angel said she later found out that her supposed newfound love was taking care of her from her entire savings of two years after removing a SIM card linked to her bank account from her phone and replaced it with another one.

READ:  Lady Commits Suicide After Her Boyfriend Used Her Money To Marry Another Woman

“We lodged in a hotel opposite Central market (Kubwa), and there is a POS guy in front of the hotel. So, I don’t know what he was discussing with the POS guy the first day we went to the hotel.

“We were supposed to stay one night, and he paid me 10k. He said he likes me and he wants me to stay with him for eight days and that he will give me 20k each day. He even transferred 120k seven days ahead, and I said since he has paid me now maybe it is one of those guys.

“That time the SIM card was still with me, and as soon as I saw the alert, I deleted it. Then my account was over N1.3m. So, later we were going to buy something and anywhere he was going, he will always like me to follow him. I didn’t know that he was doing that so that I don’t suspect him.

“Whenever we get downstairs and to the front of the hotel gate, he will tell me to wait that he wants to see that POS guy; he will be talking, I don’t know what they are talking about. When it is time for the guy to give him the money, he will tell me to come.

“He will even give me some of the money to count and I will now be asking him, ‘what do you want to do with this money?’ He would say he wants to play Bet Naija and the POS guy will be laughing.

“That was how this guy kept withdrawing from my account, sending it to the POS guy’s personal account and I didn’t know that all the money he was spending was my money. He didn’t even buy me a single gown from that money,” she said holding her tears back.

To further spice her mini-vacation, Frank asked that Angel accompany him to Lokoja for a business trip which she agreed to without knowing they were spending the money he had stolen from her.

“He was really taking good care of me. He bought me food always and ensured I was okay. The hotel we even stayed In Lokoja was cool too,” she said with a smile recalling a now-sour-moment of pleasure.

At a point, Angel became aware that Frank had her SIM. She explained that her small phone had two MTN SIMs and since Frank had apologized when she noticed a change in her SIMs, she felt it was safe because they were still together.

However, she did not suspect the activities on her account because Frank had discarded the battery of her nearly-damaged mobile phone, saying he would buy her an iPhone when they get to Abuja.

After a night in Lokoja, Angel said Frank became uneasy and at that point she sensed things were not alright and decided that she was leaving. He gave her N3,000 as transportation fare back to Abuja.

“When I asked him for my SIM, he told me to search the hotel we stayed in Abuja, but do you know when I came back and put a battery in that phone and called my line, this boy picked and told me that I have not seen anything?” she narrated.

Reality dawned on Angel when she realized that Frank had not only wiped N1.3m from her account, but later discovered that the N120,000 he earlier transferred into her account was ‘fake alert’.

Angel, who only ‘gained’ N13,000, has now brought the matter to the police at the Kubwa divisional office to help track down Frank and recover her money.

The victim, who looked dejected when newsmen met her at the Kubwa police division, said the police had arrested the POS operator, Michael, but later released him.

“This guy (the POS operator) told me he had no idea about what Frank did, saying that Frank told him that we were planning on getting married, can you imagine?” said the victim.

According to Angel, investigations showed that the POS operator was still communicating with Frank after the incident.

She said Michael was released by the police on bail on September 6, three days after he was arrested.

“My IPO (investigating police officer) said they released him to go print out his bank statement.

“But, how can the police release Michael on bail without telling me? The only available suspect? Because my IPO is Igala and him too? they are doing a tribal thing. I don’t understand how the police are handling this case,” Angel said.

Meanwhile, a senior officer at the division said that the POS operator was released because he was not culpable of any offence as he was only doing his business.

“There is no need to keep him when he was only doing his business. So, all she can do is to allow the police to do their work by tracking him (Frank),” the officer said.

In a phone interview on August 10, Angel said that the IPO demanded N180,000 to track Frank and had demanded upfront payment of N60,000, while N120,000 would be paid upon the arrest of the suspect.

Besides that, the victim said the IPO also pressured her to allow him visit her at home.

Asked if she would pay the N180,000 demanded by the police, she said: “There is nothing to talk about; they already let the immediate suspect go. I honestly can’t trust them.

“Somebody that is a suspect, you released him to go before I came and you are telling me to come back. So, what if at the end of the day they help me to find this guy, will they still release him behind my back if he gives them money?

“The boy (Frank) has told me already that police cannot catch him, and he is right”.

Subsequently, the police told the victim that a Navy personnel was willing to help track Frank’s geolocation for N8,500.

This came after they reduced the original amount to N50,000, but noted that she might only recover N500,000 if they helped to arrest the suspect.

“…maybe they are thinking I still have money and they want to help me to spend it when I don’t have any other money,” she said, adding that she had only given the police N8,000 so far.

KanyiDaily had also reported how a jealous yahoo boy set his girlfriend on fire after discovering she’s back to her old ways of prostitution in Lagos. 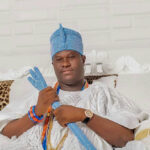 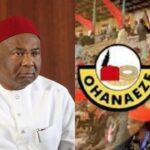