Katsina Police force operating along Katsina-Jibia road have arrested a mother, her daughter, alongside another woman, for concealing petrol in their bag to take to bandits in the forest. 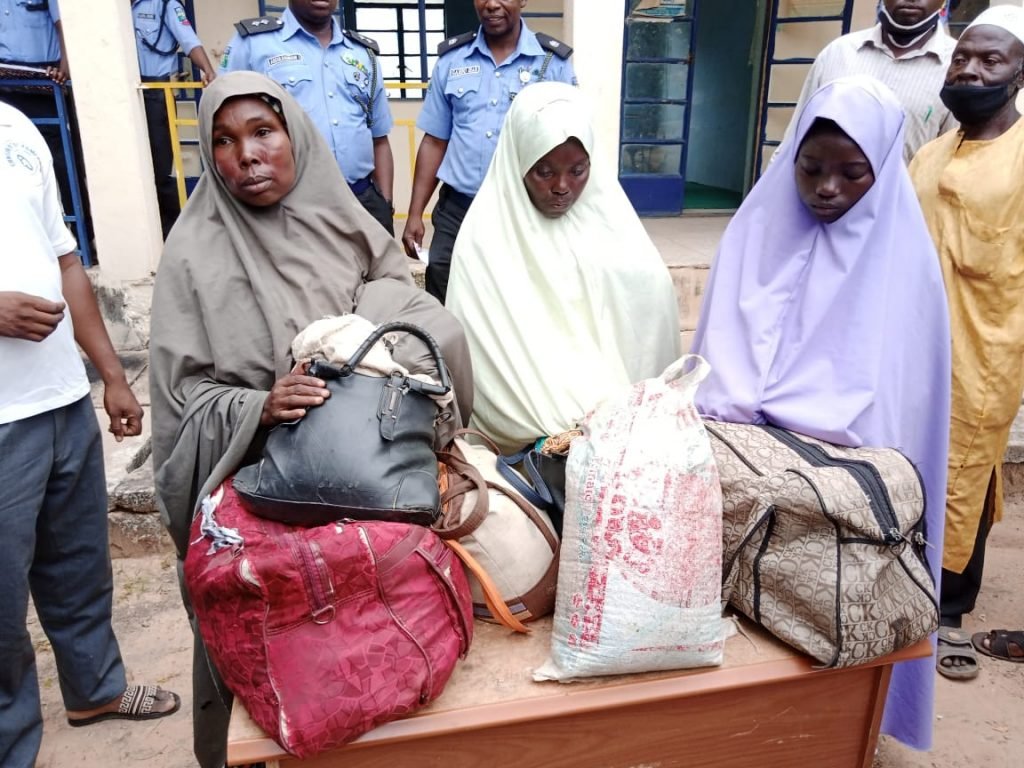 The suspects, who confessed to having committed the offence in contravention of the executive order and other extant laws of the federation, are all said to be residents of the Malali Quarters, in Katsina metropolis.

“These women that you are seeing here were arrested along Jibia-Katsina road with these bags pretending to be normal travellers going to Magama in Jibia, a border town with Niger Republic.

“What they do is engaging in smuggling of petrol to bandits in Jibia forest but nemesis caught up with them and they were arrested with these exhibits.

“These exhibits you are seeing are not just travelling bags but they are loaded with petrol meant to be taken to the forest for the bandits.

“The suspects are Umma Bello, 45 years of Malali Quarters here in Katsina metropolis, Nusaiba Muhammad, 16 years and Dija Umar 50 years all of the same address.

“It may interest you to know that the suspects, while confessing to have committed the offence, also revealed that many of them in the area are involved in the business.

“What they do is to engage the services of ‘okada’, motorcycle riders to buy the fuel for them in their motorcycle tanks from filling stations and then take it back to Malali quarters for them where they siphon the fuel from the motorcycle tanks and then arrange them into bags like these to avoid the eagle eyes of the security agencies while taking it to the forest to sell to bandits,” SP Isah Gambo said

In other news, The Nigerian Army has said that it has taken cognizance of a video clip currently making the rounds on social media.

Recall that few days ago, a female military officer serving in the 13th Brigade Command of the Nigerian Army in Calabar simply identified as Lt. Chika Viola Anele was allegedly caught on camera dehumanizing a female Youth Corps member.