Nollywood actor, Chiwetalu Agu has been arrested and assaulted by Nigerian soldiers for wearing a Biafra regalia. 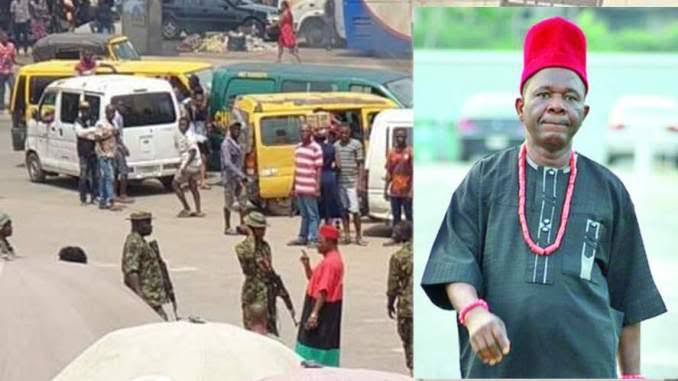 Some Nigerian soldiers were caught on camera assaulting a veteran Nollywood actor, Chiwetalu Agu, for wearing an outfit with Biafra inscriptions in Onitsha, Anambra State.

In the viral video, 65-year-old Agu is seen around Upper Iweka Bridge donning the Biafra outfit and walking near a green bus when two armed soldiers wrestle him to the ground and drag him.

It was gathered that the actor was in Onitsha on a charity mission where he regularly gifts the less privileged with food items when he was arrested by soldiers.

A source said, “He was sharing food with some less privileged persons at Upper Iweka when the soldiers approached him and arrested him. He was manhandled and arrested and taken to their barracks.”

Video of Chiwetalu Agu being Arrested and Assaulted

KanyiDaily recalls that another Nollywood actor, Jim iyke had said that Igbos should be allowed to leave Nigeria because of what he described as the “systemic oppression” of the people of South-East. 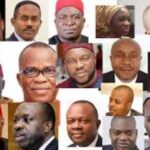