Singer, Seun Kuti said there is nothing to celebrate on the 61st independence anniversary of Nigeria. 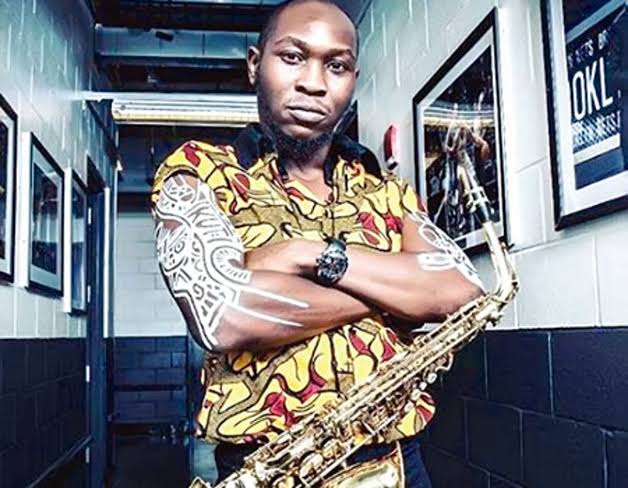 Popular afrobeat singer, Seun Kuti said that Nigeria’s 61 anniversary calls for a sober reflection because there is nothing to celebrate about the nation.

Seun Kuti this in a statement on Friday while congratulating Nigerians on the occasion of the nation’s 61st Independence anniversary.

The singer lamented that Nigeria is near collapse as the high level of hunger, insecurity, unemployment and corruption is ‘worrisome’,

Comparing the poverty level between 1960 to 2021, Kuti described Nigeria as the old giant of Africa that has become the poverty capital of the world.

He further called on Nigerians who are eligible to vote to participate in the forthcoming 2023 election in order  to make the country great again.

“With the worrisome level of hunger, insecurity, high rate of unemployment, and wanton looting, the celebration of today’s anniversary calls for a sober reflection and the need to re-organise ourselves to get involved in the democratic process with the view to set the nation on the road to recovery.

“The decision to get Nigeria working from this moribund and mechanistic level is in our ‘thumbs’ and it is neither in the bombs nor bullets. The Movement of The People has now given every Nigerian of voting age the political platform to choose credible leaders across the 36 States and 774 local governments of the federation.

“The ongoing voter’s registration exercise is the starting point and all eligible Nigerians must get their voters card as the 2023 election has given us an ample opportunity as a people to collectively unite using the M.O.P as a platform to dislodge dealers called leaders.”

Meanwhile, Bella Shmurda urged Nigerians to accept the country with it flaws because there’s nothing they can do to change the fact that they are Nigerians.