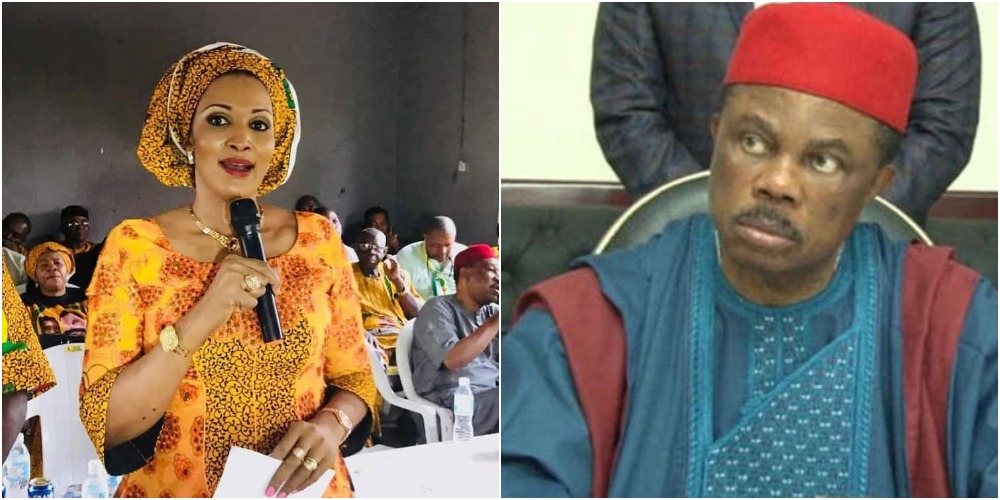 Bianca made this accusation on Thursday while marking the November 4th  posthumous birthday for her late husband, barely 24 hours to the Anambra governorship election.

The widow of the late Biafra warlord said Obiano should be held responsible should APGA lose the election in Anambra which it had ruled for the past 16 years.

Bianca blamed bad leadership and alleged poor governance by Governor Obiano for the crisis within the party and the spate of defections taking place on a daily basis.

Although she expressed optimism that APGA will still win the Anambra election, she noted that it was of serious concern that the party members were decamping to other political parties in their numbers especially the All Progressives Congress (APC).

She said, “The bitter truth, if it is to be told, is that the situation that exists in APGA today is a direct result of leadership failure of the party leader, Governor Willie Obiano, coupled with the abdication of his responsibilities both to the party and to the state.

“This has left a deeply wounded and visibly divided party, with APGA party members decamping from the party almost on a daily basis with the alacrity of rats deserting a sinking ship. Curiously, they are almost all defecting to APC.

“Our party has lost almost half of our state and national legislators, several principal members of our Board of Trustees including the Secretary of the Board, party local government leaders, countless party executive members including Governor Obiano’s own ward chairman and to cap it all, the serving deputy governor of the state, Dr Nkem Okeke who joined the APC recently.

READ:  Rochas Okorocha Reveals And Attacks The ‘Worst Governor’ Imo State Has Ever Had

“What cannot be denied is that Obiano and his henchmen have run APGA like a secret cult and reduced our once vibrant party to a shadow of its former self. In the process, they have squandered the massive goodwill our party once enjoyed among our people.”

Bianca said Anambra is suffering the most extreme state of insecurity under his watch which has seen several citizens, including a traditional ruler in his community gunned down in broad daylight recently.

“To the governor’s credit, Anambra Airport is nearing completion but then, the intercity roads and roads leading to the communities are in a terrible state, and this has created a persistent gridlock within the state”, she said.

The former beauty queen expressed optimism that in spite of the obvious cracks, she was confident that APGA would do well during Saturday’s election.

She said, “I am confident that despite all these shortcomings, we will do well. APGA is not just a political party, but a state of mind.

The party has been in control of the state for almost sixteen years. This was due to the Ojukwu factor. The people transferred the love they had for him to the political platform identified with him.

“While it remains true that those comforting combinations of stability, fraternity and decency which have always rallied our people behind APGA as ‘Nke Anyi’ have been somewhat eroded.

“The fact remains that our party has a good candidate in this guber election in the person of Prof Charles Soludo and he has all it takes to chart a new course both in the trajectory of the party and of the state.

KanyiDaily had reported how some representatives of the Peoples Democratic Party (PDP) were caught on camera sharing money and drinks to eligible voters in Anambra State. 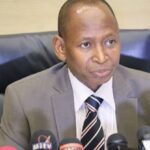 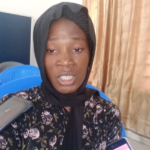