Lauretta Onochie, Senior Special Assistant on Social Media to President Muhammadu Buhari, has slammed those calling for the release of the leader of Indigenous People of Biafra (IPOB), Nnamdi Kanu.

KanyiDaily recalls that many Nigerians including civil societies, groups, traditional and religious leaders had demanded Nnamdi Kanu should be freed and that President Buhari should negotiate with the IPOB leader.

However, in an article on Sunday, Onochie said Kanu is a “monster” and a “lunatic” who ordered the executions of many innocent Igbo people and security operatives.

She said that calling for Kanu’s release is to spit on the graves of all those who lost their lives in the South-East due to the instructions he gave to the IPOB.

The presidential aide added that the alleged killing of notable and average Nigerians in the South-East is the IPOB leader must face trial to defend his actions.

Onochie said, “Nigerians are waiting anxiously for justice to be done. Under President Muhammadu Buhari, a due process advocate, the monster will get a fair trial, a chance he didn’t accord those he ordered their executions. The families of the slain are waiting for a fair and just closure to their nightmares.”

“Well-meaning Ndigbo are of the opinion that their leadership, failed them by encouraging one of them who was clearly an unwell man. They did not speak up when they should. They are still hiding their heads in the sand.”

“To call for his release, is to spit on the graves of Dr. Chike Akunyili, Dr. Lawrence Ezenwa, Dr. Ahmed Gulak, slain traditional rulers, students, virgins, and ordinary Nigerians of Igbo stock who lost their lives on the instructions of this lunatic, not forgetting the security operatives they murdered.”

READ:  Pastor Odutola Resigns From RCCG, Says He Served For 30 Years Without Receiving Nothing [Video]

“President Muhammadu Buhari’s government has done more in terms of infrastructural development for Ndigbo, than any other government in recent times. But it’s not enough for them to align with his party.This is the time when stupidity will no longer help.”

“At a market place, these monsters did not spare a thought for their own people who came to make a living, before engaging the might of the Federal Government in a gun battle; in a market. These people now wake up in the morning, go to a shop. Buy some biscuits and fuel. Make a recording of themselves, bragging.”

This comes after the South-East Council of Traditional Rulers and representatives of Igbo Archbishops and Bishops asked the Federal Government to release Nnamdi Kanu. 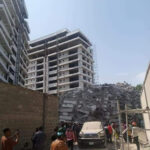 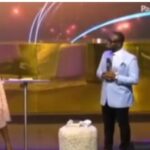