The Nigeria Defence Academy (NDA) has denied arresting an officer of the Nigerian Air Force (NAF), Sergeant Torsabo Solomon, in connection with the recent deadly attack at its academy in Kaduna State.

Three months after the incident, reports emerged that Sergeant Solomon has been arrested in connection to the NDA attack following an order from the Base Commander as requested by the NDA Commander.

According to the report, Solomon who is currently attached to the Air Force Comprehensive School, Yola, was arrested on Monday in Yola, the Adamawa state capital.

The Sergeant was said to have been arrested with arms and ammunition.

In a statement issued on Tuesday, the NDA spokesman, Major Bashir Muhammad Jajira refuted the claim that the Airforce personnel was in its custody, noting that the arrested sergeant has no connection with the NDA attack.

The NDA advised the general public to disregard the information trending on social media, saying, the perpetrators of the security breach at the academy will definitely be apprehended.

READ:  "The Idea That Yahaya Bello Should Not Run For Presidency Is Absurd" – Fani Kayode

“This is to inform the general public that the above-named person is not in the Nigerian Defence Academy’s custody as alleged and has no connection with the Academy.

KanyiDaily recalls that President Muhammadu Buhari had reacted to the incident, saying that the NDA attack will dampen the morale of the military to put an end to any form of criminality in the country. 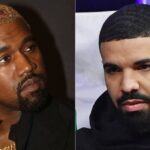 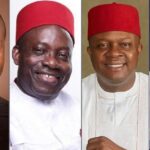