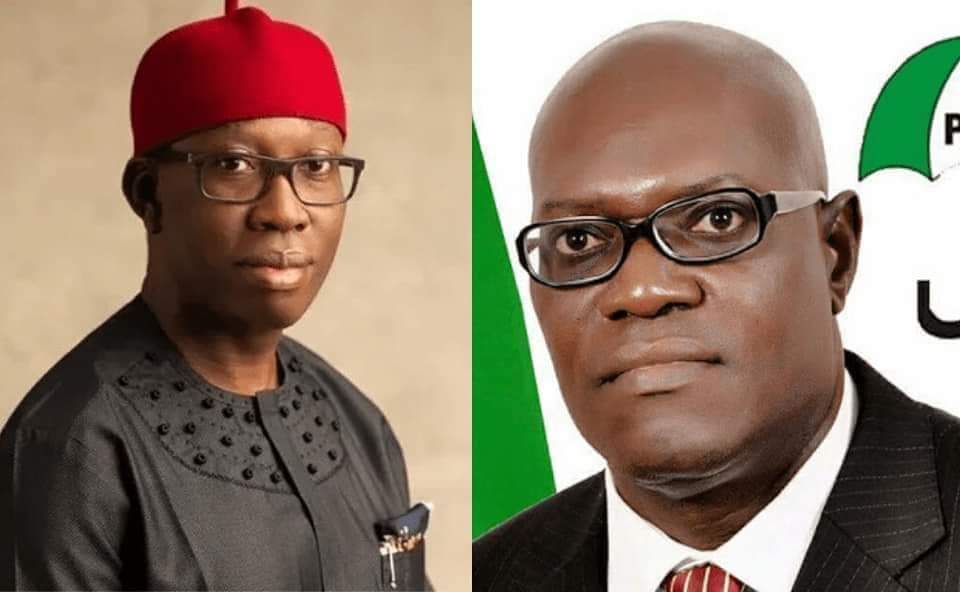 According to Sahara Reporters, Oghenesivbe had during a recent interview with a national radio in Lagos, which was monitored in Asaba, allegedly criticized and castigated Governor Okowa and his administration.

Oghenesivbe was quoted as saying, “There are some greedy tribal bigots in Okowa’s administration who have been influencing Senator Dr Ifeanyi Arthur Okowa, to either pretend not to recognise his huge efforts in the discharge of assigned responsibilities or to ignore it completely.”

The former aide had accused the alleged ethnic jingoists of not allowing Okowa to accede to some of his official needs and requests including an official car since his appointment.

Reacting to Oghenesivbe’s comment, Governor Okowa said to have viewed this as a reckless and unprovoked attack on his person and the state government.

In the sack letter signed by Secretary to the State Government, Chief Patrick Ukah, the governor told Oghenesivbe to handover all government properties in his possession.

The letter reads: “I write to convey to you the displeasure of His Excellency, the Governor of Delta State, over your conduct with respect to the performance of your duties wherein there has been manifest recklessness and insubordination.

“As this trend can no longer be tolerated, I regret to inform you that your service as Executive Assistant, Communications, is no more required and your appointment is hereby terminated.

“Accordingly, I am to request that you take necessary steps to hand over all government properties in your possession to the Permanent Secretary, Directorate of Government House and Protocol forthwith”.

KanyiDaily had also reported how Governor Okowa suspended another aide, Ovie Ossai, without salary for two months, because of a Facebook post he made about a grant of N3.5 billion given to the wife of the state governor, Mrs. Edith Okowa.

READ:  Confusion As Pretty Lady Loses Her Sanity After A Car Dropped Her Off In Delta State [Video]