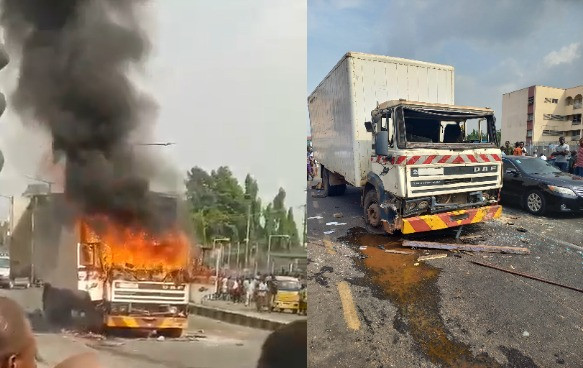 According to Vanguard, the children who are pupils from the Grammar School, were coming back from school on Tuesday afternoon when the truck driver who was attempting to escape from the LASTMA  officials rammed into them.

An eyewitness said that immediately after the accident happened, the truck driver, ran away but was caught at Ogba very close to Excellence hotel, where the vehicle was set ablaze by irate commuters.

Cynthia, a student who witnessed the accident, said “the sight is something else, the kids were crushed, the accident happened immediately the school opened their school gate after the close of school. I am not sure about the number, as at when I left they said 17 children were confirmed dead.”

Another eyewitness, who spoke in Yoruba, said: “We are in front of Ojodu grammar school now, where an accident has just occurred. A trailer has killed some of the students.

“If you have a relative who attends or is close to Ojodu grammar school, you should come and check up on them. It is severe; we are in front of the police station close to Ojodu Grammar School.”

It was gathered that angry youth also vandalized the trucks around the area and were throwing stones into the police station,  but the police officers barricaded their gates and were firing gunshots and tear gas canisters at intervals from inside the station.

KanyiDaily had also reported how many school children and students of the nearby Kogi State Polytechnic were killed on Wednesday morning when a petrol tanker exploded in Felele, along the Lokoja-Abuja highway. 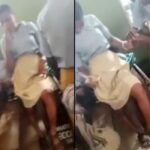 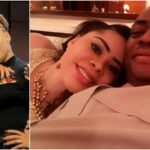