An officer of the Nigeria Police Force has reportedly shot an operative of the Department of State Services (DSS) while arresting 37 residents during a raid on Dakwa community in the Federal Capital Territory, Abuja. 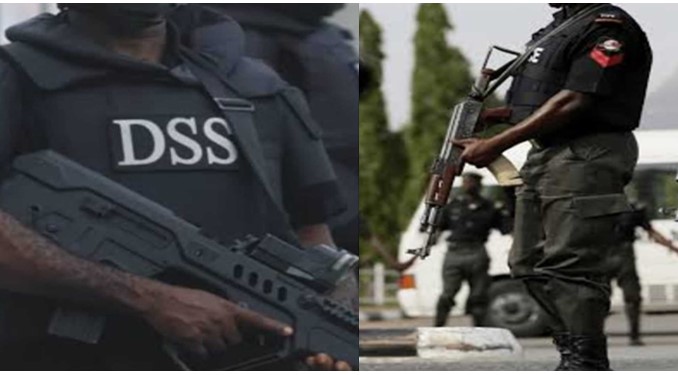 According to Daily Trust, the unidentified DSS official was on transit when he was allegedly shot by the policemen who are from the Zuba division.

It was gathered that 37 residents and some passersby in the community were arrested during the raid which took place around 8 pm on Friday.

A resident, Aliyu Ibrahim, who introduced himself as a security guard in one of the private schools in the area, said he was one of the people arrested and taken to the police division where they spent the night.

He said, “They stormed the area with three vehicles including a Hilux van, bus and a utility vehicle. They operated alongside local vigilantes who rode the impounded motorcycles, while their owners and other arrested people were conveyed in the police vehicles.”

Another resident, who craved anonymity, alleged that the arrested residents were released the following morning on bail, after parting with N5,000 each.

When contacted, the Zuba Divisional Police Officer (DPO), CSP Osor Moses, confirmed the shooting of the DSS official but said he was responding to treatment at the University of Abuja Teaching Hospital in Gwagwalada.

KanyiDaily had also reported how a  32-year-old dismissed soldier, Yemi Ayeni, was caught on camera beating up a female police officer who was controlling traffic at a bus stop in Lagos.