The Federal Capital Territory Police Command has found 17-year-old Ameerah Sufyan who raised an alarm that she and 16 others were kidnapped from their residence in Abuja. 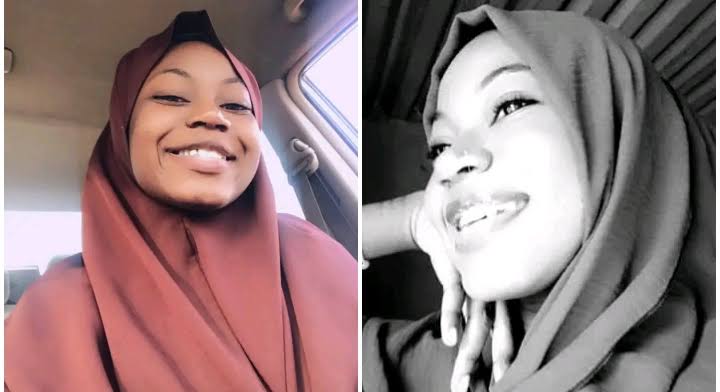 KanyiDaily recalls that the lady had alleged on her Twitter handle, @ameerah_sufyan that she and other 16 victims were abducted at gunpoint from different parts of Abuja by men in police uniforms and a van.

She wrote, “Please whoever has my WhatsApp number, I sent a broadcast message of my location. We were abducted at gun point by [people] with police uniforms and a van from our houses from different parts of Abuja. We’re 17 including 3 pregnant women and two little kids. They didn’t see my phone.”

Shortly after the first tweet on Tuesday, Sufyan gave details of her captors, adding that they were being transported to the western part of the country.

“They’re four yoruba and two fulani men They divided us up an hour ago. We’re seven here. The other vehicle they said they will reach Ilorin and ours will reach Ibadan or Ikeja as they said,” she added.

In a statement on Friday, the police debunked reports that Amira and 17 others were abducted at gunpoint by armed men in police uniform on 14th of June 2022 in Abuja.

The police said it found Amira and she’s currently in the hospital receiving medical attention as demanded by global best practices.

This was contained in a statement on Friday by the command’s Deputy Police Public Relations Officer, Oduniyi Omotayo, and titled, ‘FCT police find missing Safiyanu Amira; debunks the kidnapping of 17 other by armed men in police uniform’.

The statement reads, “The Federal Capital Territory (FCT) Police Command wishes to categorically debunk the viral news of the alleged kidnapping of one Safiyanu Amira and seventeen (17) others who were reportedly abducted at gunpoint by Armed men in Police uniform on Tuesday 14th June 2022 at about 1:00 pm and to state that Safiyanu Amira is currently safe in Police custody.

READ:  People Who Eat Chicken Are At High Risk Of Getting Cancer - British Researchers Reveals

“While she is currently in the hospital receiving medical attention as demanded by global best practices, the investigation continues and findings will be communicated subsequently.

“The Commissioner of Police FCT Command CP Babaji Sunday psc while commending the gallantry of the Tactical and Investigative apparatus detailed on the case, appreciated the members of the public for their calm maintained and the various degrees of useful information given to the Police.

This comes two months after another lady identified as Toyosi waa arrested for raising a false alarm on Twitter that she was being kidnapped amd raped in Lagos State.