Nigerian gospel artiste, Sammie Okposo has slammed those criticizing him after he confessed to cheating on his wife, Ozioma, during his trip to the United States. 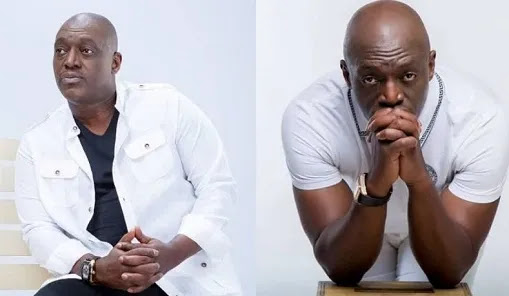 KanyiDaily recalls that on January 24, an American-based lady identified as African Doll had accused Sammie Okposo of impregnating her during one of his tours in the US.

Sammie later confessed to having an extramarital affair with the lady, and he tendered a public apology to his wife, family, friends, and fans on his Instagram page.

On Monday, January 13, the singer returned to Instagram and declared himself free from the power of sin, saying that he is the righteousness of God and he loves him just the way he is.

Reacting to the backlash trailing his infidelity, the singer took to his Instagram story on Thursday, to lambast his critics, saying they should save your critical comments for themselves because Jesus is the only one without seen and he alone has the capacity to judge him.

Okposo wrote, “Jesus is the only one without sin and he only had the capacity to judge me. There is no small sin or big sin. Sin is sin.

“If you have ever committed a sin in your life you have no moral justification or capacity to judge me save your critical comments for yourself.” 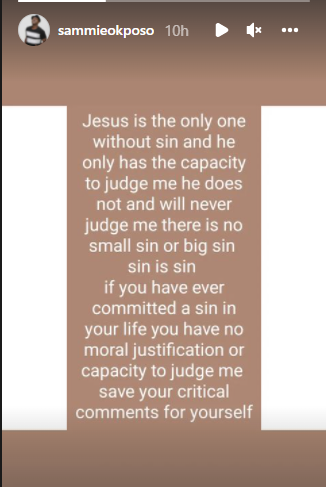 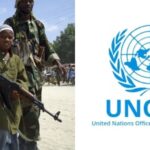 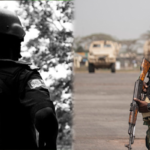