Controversial journalist, Kemi Olunloyo has made a shocking revelation about the person behind the rape allegations against popular Nigerian singer, D’banj. 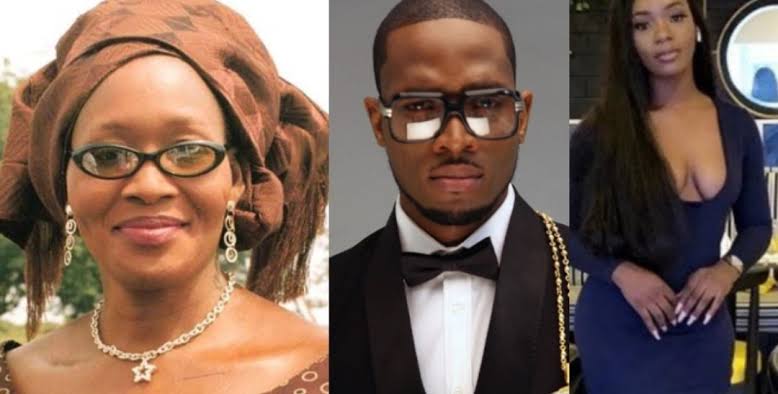 KanyiDaily recalls that two weeks ago, Seyitan Babatayo accused Dbanj of rape, narrating how the singer sexually assaulted her during an all-white party in 2018, at Glee hotel in Victoria Island, Lagos State.

In a series of post on her Twitter page, Kemi Olumloyo alleged that D’banj’s former Manager, Frank Amudo, is the one behind the entire rape allegations. 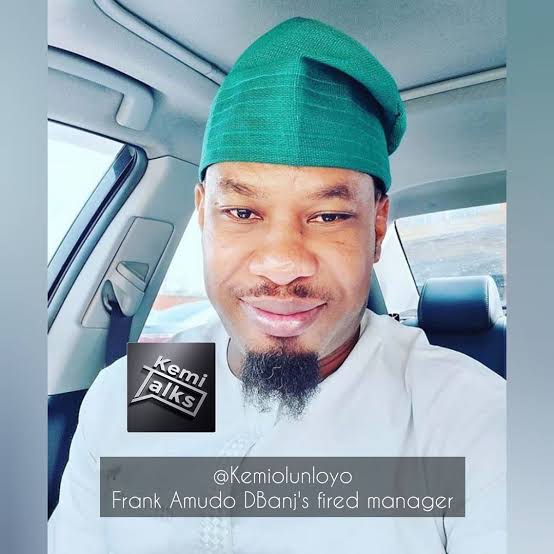 According to her, Frank Amudo allegedly set the girl up with the singer, with the alleged plan to extort him over his new endorsement deal with Heritage Bank.

Read her full tweets below:

“@seyitannn_ you are a LIAR young lady! I don’t represent @iamdbanj nor take sides. I defend media freedom and in my opinion you should confess because you have DEFAMED the musician and his family. I will now expose the facts on #Kemitalksrape YOU make it hard for victims.

“@seyitannn_you did NOT tweet these allegations. Your friend who tweeted them for you on instructions of Frank Amudo, DBanj’s FIRED mgr. She contacted me. This is extremely fraudulent as you presented yourself as a RAPE VICTIM. @PoliceNGtake note. Those tweets now deleted!

“@seyitannn_Just like @timidakoloyou used useless INUENDOS to get attention of an alleged rapist. Your tweet handler now ex pal turned the handle into a charade. You gave sympathizers the impression that DBanj’s team “hijacked” your handle. No evidence from @TwitterSupport

@seyitannn_ Just like @timidakolo you used useless INUENDOS to get attention of an alleged rapist. Your tweet handler now ex pal turned the handle into a charade. You gave sympathizers the impression that DBanj's team "hijacked" your handle. No evidence from @TwitterSupport pic.twitter.com/8CRlCvF9o4

“@seyitannn_attended the police invitation last week on allegations of being raped and Frank Amudo’s lawyer reportedly present with her. However Frank was not present and is reportedly in hiding as the plan has collapsed. He is a close associate of DBanj and former manager.

“The issue of rape of @seyitannn_came up because Frank Amudo wanted to seize the opportunity to extort money from @iamdbanjahead of his @heritagebankplcdeal and 40th birthday which is straight up wicked! DBanj contributed so much to his life as his Mgr

“@iamdbanj was very kind and loyal to his former manager and even paid millions of naira for Frank Amudo’s wife’s fertility treatment when she was trying to have a child. It shocked Oyebanjo to find out why Frank wanted to use the issue of rape to DESTROY HIM

“A popular human rights Activist who I personally know and spoke to AND WILL NOT MENTION the name who @seyitannn_said will “package” her story and fight for her backed out of her case DENYING such promise. The Activist reportedly noticed holes in her story and claim @PoliceNG

“Finally @PoliceNG should invite Frank Amudo, DBanj’s former manager to come and tell his side of the story as it pertains to this alleged rape. He is said to be in HIDING. @seyitannn_’s mum attempted to reach out to DBanj to APOLOGISE but she was DENIED ACCESS! Family not happy

“I’m done with the SECOND part of my Investigation for now. @iamdbanjsuspended from his @heritagebankplcC.R.E.A.M platform deal and also facing removal as a United Nations Youth ambassador. Up to 25,000 people have signed a “false” accusations petition. More soon.#kemiolunloyo.”

Meanwhile, Seyitan Babatayo has stated that she’s done with all these back and forth drama surrounding the rape scandal, adding that she is moving on and leaving everything behind.

READ:  Northern Traders Chased Away By Residents Of Ekpoma In Edo State [Photos]

Seyitan Babatayo Files Criminal Complaint Against Dbanj, Says He Kidnapped And Threatened Her

“May Your Child Not Be Used As Tool Of Jealousy” – Tonto Dikeh’s Ex-hubby, Churchill Prays For Fathers