Controversial journalist, Kemi Olunloyo has revealed that Davido’s fiancee, Chioma Avril Rowland, has moved out of his house due to his recent cheating scandal and emergence of a forth baby mama.

KanyiDaily recalls that a couple days, the journalist confirmed that Davido welcomed another child with fourth baby mama identified as Larissa Yasmin Lorenco a.k.a Larissa London, an Angolan born makeup artist living in the United Kingdom.

It was alleged that Larissa London have been in Davido’s life since the year 2017 despite his relationship with Chioma Rowland.

Although Davido and Chioma a yet to comment on the report, Kemi Olunloyo seems to have more details to share about the scandal.

The controversial journalist took to her Twitter page on Tuesday to reveal that Chioma had moved out of Davido’s house.

“Chioma has moved out. Off to Igboland. Currently at the motorpark,” she wrote.

Chioma has moved out. Off to Igboland. Currently at the motorpark 🚌🚌🚌😁😁😁#Kemitalks

ALSO READ: Chioma Finally Leaves Davido After His Baby-Mamas Ganged Up On Her – Kemi Olunloyo Alleges 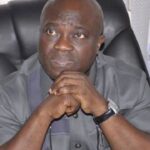 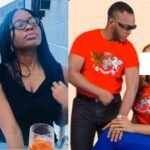