Nigerian gospel artiste, Sammie Okposo has confessed that he cheated on his wife, Ozioma, during his recent trip to the United States of America. 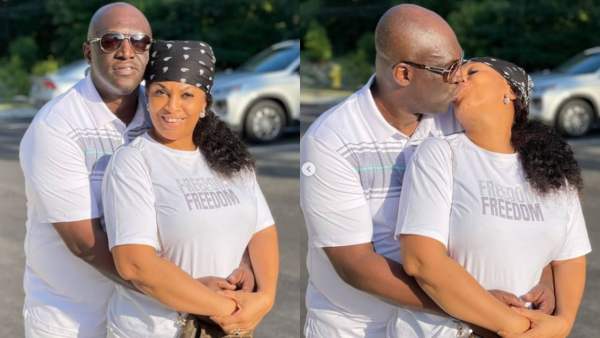 On Monday, January 24, an American-based lady identified as African Doll had accused the singer of impregnating her during during one of his tours in the US.

The lady, who disclosed this while talking to a YouTuber on Obodo Oyibo TV, said she met the singer in Dallas and they started an intimate affair which led to the pregnancy.

African Dull said when she discovered she was pregnant and told Sammie about it, his attitude changed, and he abandoned her after he told her to abort it and she refused.

Sammie Okposo later called on the show and admitted to knowing the lady, adding that they met last year. He also added that when the baby is born there would be a DNA test.

During his conversation with the anchor, the singer told the anchor that he would be back to tell his own side of the story with regards to some accusations she made against him.

Taking to his Instagram page, the singer tendered a public apology to his wife, family, friends, and fans for for having an extramarital affair with another woman.

He wrote, “Dear Friends, I need to bring a very unfortunate incident to your attention as I am not proud of it but know that this is the right thing to do.

“On my recent trip to the USA (Late 2021), I got intimately involved with a lady, knowing that this was not appropriate as a married man and a minister of the gospel. I am ashamed and regret my actions as it has caused a lot of pain to my dear wife, Ozioma, my family and I.

“As I work in making peace with God, repenting and asking His forgiveness, I am suspending myself from all ministry work until full restoration as this is what is proper and what I know I owe God and His people.

“To my wife, Ozioma, I am sincerely sorry I put you through this shameful and embarrassing situation. I broke your trust and disappointed you.

READ:  Women That Wants To Be Successful Should Add ‘Ashawo, Olosho’ To Their Plans – Nancy Isime

“Your forgiveness of my moral failure and poor judgement is important to me. I pray I will eventually be able to build back the trust and confidence every single day forth.

“I want to take this moment and apologise to all fathers and mothers of the Faith and ministers of the Gospel for my behavior and moral failure.

“I won’t be here if not for your investment and belief in what God has called me to do. I sincerely apologize for this embarrassing situation.

To all that have been a part of my ministry, followed my ministry or know me personally, I am truly sorry for disappointing you.

“I regret any pain or disappointment that this news of my moral failure and poor judgement may cause you and I am truly sorry for disappointing you. I humbly ask that you continue to pray for me.”

READ:  "I'm So Hurt" - Drake Addresses Dad's Claim That His Lyrics Were Made Up To Sell Records

Listen to the story below:

READ:  Reason Why Naira Marley Is Still In Ikoyi Prison Despite Being Granted Bail By Court 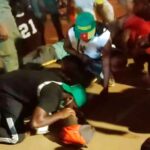