Reno Omokri, former aide to ex-president Goodluck Jonathan, has reportedly abandoned his wife in the United States and welcoming a new baby with his lover in the United Kingdom. 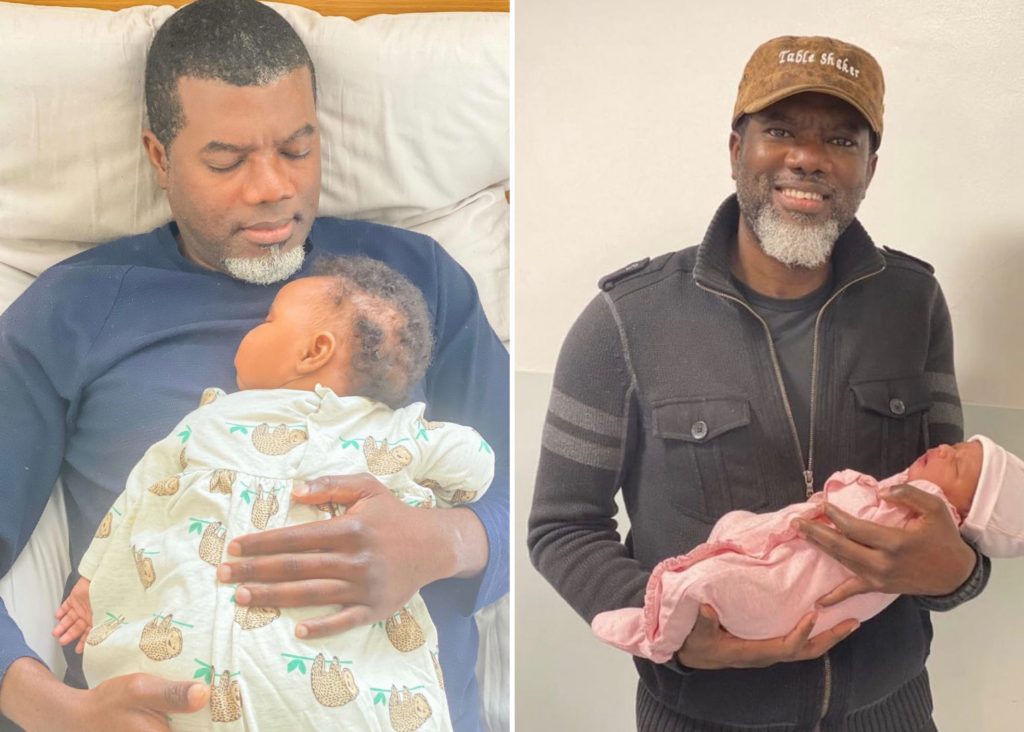 On May 8, 2021, Omokri had taken to his Instagram page and revealed that he dedicated his fourth child and named her after his former boss’s wife, Elebe Jonathan.

In the post, the presidential aide said he welcomed the child with his wife, Tope Omokri nee Onuwaje, a school teacher in the city of Antioch, a small town in northern California, where they also live.

However, a report by TheWillNigeria indicates that Omokri actually welcomed the baby girl with his UK based lover, while his wife and three kids stayed back in the US.

“Reno, who currently spends most of his time in London rather than the US where he is supposed to be based, recently welcomed his fourth child named after his former boss, ex- President Goodluck Jonathan,” the report reads.

“He had sent a photograph of himself, his new baby and a lady he identified as Hana, to a daily newspaper last week for a congratulatory message on the dedication of the child.

“Reno, who claims to be a pastor/preacher posted the said publication on his social media page, thanking the paper for honouring him and his ‘wife’ with the publication. In the post, he deliberately omitted the woman’s name but referred to her as his ‘wife’.

“Well, according to THEWILL checks, Reno wasn’t being truthful and has been outrightly deceitful. His rightful wife whom he married in Nigeria in both traditional and Church marriage ceremonies before their relocation to the United States, is Tope Omokri nee Onuwaje, a school teacher in the city of Antioch, a small town in northern California, where they also live.

“THEWILL investigations revealed that the controversial former aide, two years ago abandoned Tope for reasons best known to him. They lived as man and wife in that city with their three children.

“Reno, who recently initiated #harassbuharioutoflondon, was only able to do so conveniently because he absconded to London where his new partner lives, contrary to his narration of flying out to London from California for the cause.

“He has allegedly refused to contribute to the upkeep of his family, one of whom is a special needs child. This is beyond absurdity for a man who claims to have single-handedly built an orphanage in Edo State and is always quick to donate money to other people in need. Even the Holy Bible, to which he often makes reference, describes a man who is unable to cater for his family as worse than an infidel.

READ:  I Wonder How Nigerians Believe That Another Human Can Steal Their Destiny - Uti Nwachukwu

“A control freak, Reno allegedly subjected his estranged wife to emotional abuse for the better part of the 14 years they lived together.

“The former presidential aide, who is never short of opinion on virtually every subject on earth and everyone, including a recent statement about not having sympathy for single mothers except they are victims of rape or domestic violence, needs to reveal the full identity of the woman in the publication to the people he projects his self-righteousness to.

“Does he now have two wives? We sure know he has not divorced Tope because our reliable sources say they are still legally married. So we ask! Why did he abandon his family in the first place?”

READ:  Leah Sharibu Gives Birth To Baby Boy After Forced Marriage To Boko Haram Commander Who Converted Her To Islam

Reno Omokri Denies Abandoning His Wife In US, Welcoming New Baby With UK Based Lover