The Economic and Financial Crimes Commission (EFCC) has summoned and detained the Managing Director of the Assets Management Corporation of Nigeria (AMCON), Ahmed Kuru. It was gathered that the AMCON boss was invited on Wednesday, January 19, and quizzed over alleged corruption diversion of assets by the anti-graft agency.

According to Sahara Reporters, Kuru has been accused of asset diversion and selling of seized assets to cronies at below value prices by businessmen accused of loan default with banks.

The newspaper quoted a source at the EFCC to have claimed that Kuru was invited by the commission after confirmation of his selling assets worth billions of naira belonging to Atlantic.

According to the source, Atlantic was accused of loan default with Skye Bank and properties in collateral were seized while an action was instituted in court.

While the court case was still pending, the AMCON MD allegedly proceeded to sell the properties in dispute at a price far below the prevailing market value.

The Nation gathered that Kuru was questioned by EFCC operatives over alleged diversion of assets and selling of seized assets below valued prices to “confer advantage on his cronies, friends and associates.”

A source said: “The AMCON MD was invited following petitions by some loan defaulters whose assets were sold at ridiculous prices.

“He has been asked by detectives to respond to the allegations isolated for him. In the last seven hours, he has been making statement to the EFCC. I think he may spend the night with us.”

Responding to a question, the source added: “Kuru has denied the allegations against him.”

This comes barrel 24 hours after the EFCC quizzed a former Attorney-General and Commissioner for Justice in Lagos State, Olasupo Shasore, over his involvement in the Process and Industrial Developments (P&ID) case. 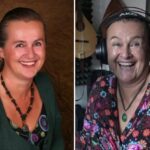 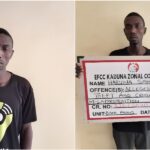