The Minister for Transportation, Rotimi Amaechi said the cause of the delays in major projects in the country is because China is no longer giving loans to Nigeria. 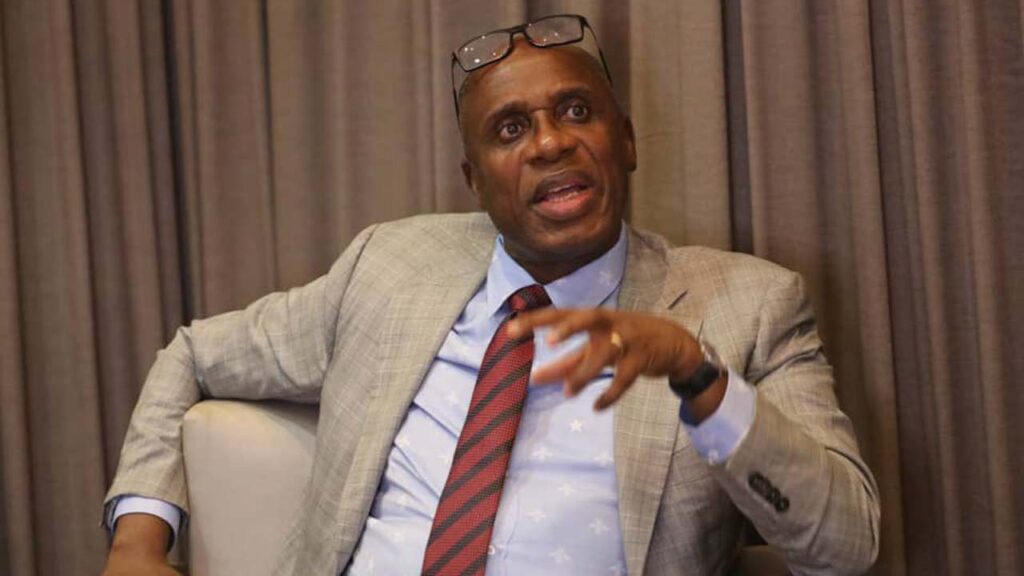 Amaechi Reveals Why A Lot Of Projects Are Stuck

During an interview with Guardian, the minister blamed the delay in completing some major projects, including railways, on the paucity of funds.

According to him, the Federal Government has started looking for loans in Europe following the refusal of the Chinese to give Nigeria money to complete existing jobs.

He said, “We are stuck with lots of our projects because we cannot get money. The Chinese are no longer funding. So, we are now pursuing money in Europe.

“And when I look at the money they are borrowing in other countries and I compare with the one we have borrowed, the kind of comments by Nigerians will put you off.”

Amaechi noted that the Abuja-Itakpe railway, which will link the existing Itakpe-Delta rail line, would have been completed but for misunderstanding with a Chinese contractor.

The minister assured that once the issues surrounding the project are resolved, work would begin on the route, and the movement and trade between Abuja and the South/South region would be seamless.

KanyiDaily recalls that Amaechi had insisted that the Nigerian Government will pay back loans collected from China for the construction of rail projects within the stipulated period of 20 years.

Related Topics:chinaEuropeLoanLoansNewsNigeriaRotimi Amaechi
Up Next