Former Super Eagles player, Kanu Nwankwo has reacted to those criticizing him for visiting the National Leader of the All Progressives Congress (APC), Bola Tinubu at his Bourdillon residence in Lagos State. 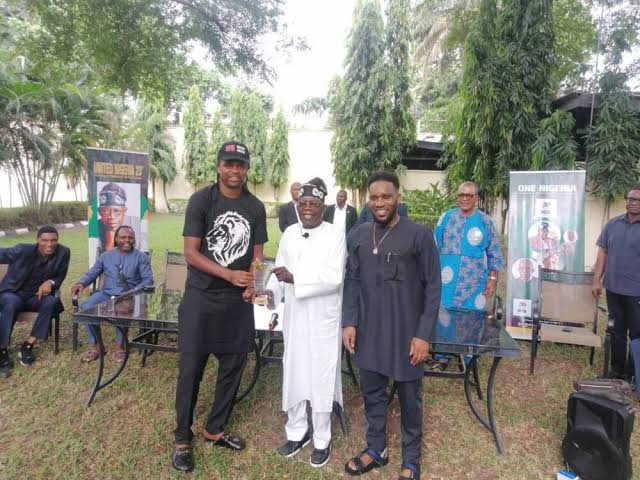 KanyiDaily had reported that Kanu and other Ex-Super Eagles Stars had visited Tinubu ahead of novelty match organized to honour the APC leader on his 70th birthday.

During the visit, Tinubu used the opportunity to seek the support of the players for his presidential ambition, saying he has a vision and the competence and ability to implement that vision.

In his part, Austin JJ Okocha lauded Tinubu for his achievements in Lagos, noting that the former Lagos governor is the reason he usually calls Lagos home.

READ:  We Are On Mission To Rescue Nigeria From Greedy People – President Buhari

Nwankwo, who instituted the Kanu Heart Foundation, disclosed that the first seed money for that initiative was donated by Tinubu in 2002.

“Without that money, there wouldn’t have been Kanu Foundation to perform the heart surgeries that have saved many lives,” he said.

Pastor Taribo West prayed that Nigeria be blessed with more kind-hearted people like Tinubu while wishing him well in the presidential race.

The video where the former players’ were praying for Tinubu’s presidential ambition had sparked outrage on social media, with some saying the visit was necessitated by hunger on the part of the ex-footballers.

Reacting to the backlash on his social media page, Kanu explained that Tinubu had generously donated for his foundation many years ago which is the reason behind his support for the APC leader.

He wrote, “People are talking, please pay attention. I’m not a politician, I’m a footballer and a proud one, I’m a legend. I know what is good and what is not good.

“22 years ago, Kanu heart Foundation was looking people to help us. We got only three governors. Ahmed Tinubu was one of them.

“He gave the foundation money to start up. He supported us. And now, it’s his 70th birthday. Why not, we also have to come and support him.

KanyiDaily recalls that President Muhammadu Buhari’s special adviser on political matters, Babafemi Ojudu had said he will rather go back to the farm than support Tinubu’s presidential ambition. 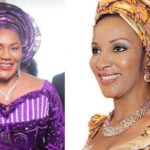 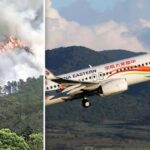