It was gathered that the 60-year-old actress stormed the mall after officials in the establishment accused her married daughter of shoplifting and allegedly molested her.

In a video shared on her Instagram page, Torin could be seen threatening legal action against staff of the mall while demanding evidence of the shoplifting allegation against her daughter.

The staff of the mall could be seen pleading and calling for an amicable with the actress who also disclosed that she left the hospital bed where she was receiving a drip to the mall to address the issue.

READ:  Liquorose Walks Out Over Joke About Her Failed Relationship With Emmanuel [Video]

“Tunji, you were here when they were molesting my child, my daughter. She is a married woman, why would someone do that to me? I will not tolerate that.

“I was taken from hospital bed, you can see the drip on my hand. You have to show me the evidence that my daughter shoplifted, I’ll sue you guys. My lawyers will write you officially.”

In the later part of the video, the actress said the matter had been resolved. She also thanked fans for their support.

“Thank you my fans all over the world, we’re are resolving the matter already. You know I don’t like trouble, I’ll keep you updated,” she added.

Meanwhile, Nollywood actress, Bimpe Akintunde has revealed that she and her daughter escaped an attack from suspected bandits along the Lagos-Ibadan expressway.

READ:  Something Is Wrong With A Man Who Doesn't Own A House Before Marriage - Lilian Afegbai 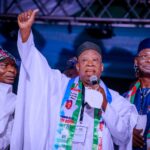 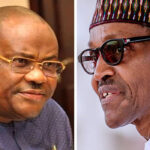