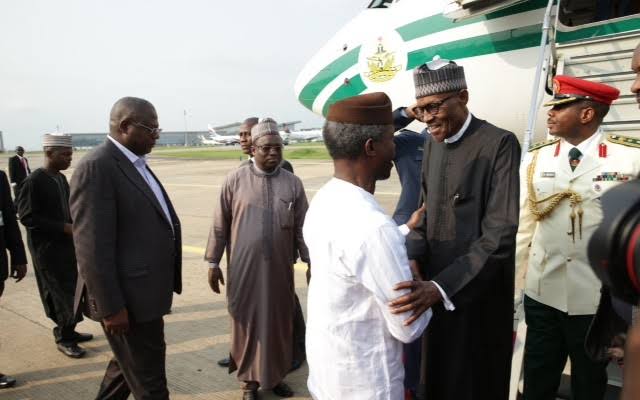 Buhari Hands Over To Osinbajo As He Travels To London

KanyiDaily recalls that presidential spokesman, Femi Adesina had disclosed this in a statement last Tuesday that Buhari would visit his doctor in London for “routine medical checks that will last for a maximum of two weeks”.

The president, who left the country on Sunday afternoon, said the Vice-President, Yemi Osinbajo, is in charge whenever he is out of the country.

Speaking to state house correspondents before his departure at the Nnamdi Azikiwe International Airport, the president said he has capable hands to run the government in his absence.

Buhari said, “Well, I cannot claim to be doing the work alone. The government is fully represented; the vice-president is there. Constitutionally, when I’m away, he’s in charge. And the secretary to the government and then the chief of staff. So, I have no problem.”

However, the president did not say if he sent a letter to the national assembly as required by the constitution.

READ:  Prisoners Who Escaped From Edo Prison Re-Arrested For Robbery And Attempted Murder 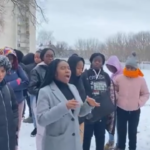 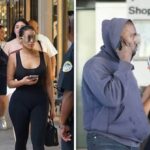