Anambra State Police Command has arrested six suspects, including a native doctor, who indecently assaulted and publicly disgraced a woman accused of killing her husband by having extra marital affairs in Aguleri community. 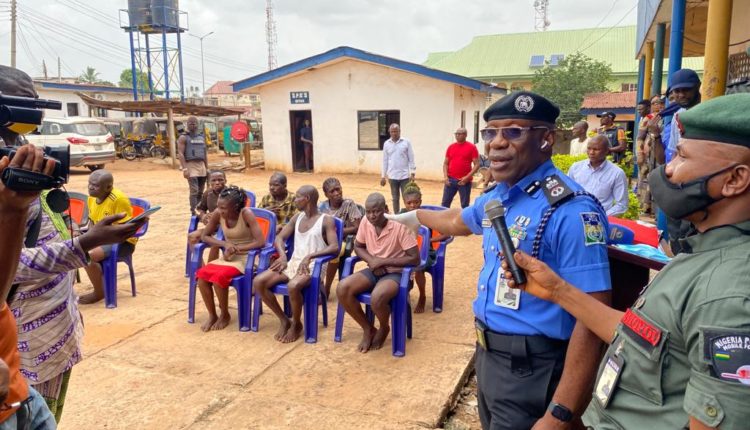 KanyiDaily had published a video showing the moment a housewife, Ajuese Obiora, was stripped nαked and paraded after she was forced to swear an oath before a deity.

Parading the suspected before newsmen on Wednesday, the command spokesman, DSP Toochukwu Ikenga said that one of them who is a native doctor told the family of the deceased that the cause of his death was as a result of the wife’s infidelity.

Ikenga said: “I want to use this opportunity to update you on the video that recently trended where a lady was indecently assaulted and publicly disgraced over an alleged incident of causing her husband’s death.

“The Command’s operatives have arrested a total of six additional suspects including a native doctor who was identified during the study of the video by police operatives.

He said investigations revealed that the deceased, Mr Udorji Egwatu, had been sick for some time when his bother, Mr Udalor took him to Anthony a native doctor.

“Anthony confessed to taking the deceased on some spiritual cleansing and administered him some herbs before he died. It was Anthony who allegedly told the family of the deceased that the cause of his death was the result of the wife’s infidelity.

“We also to want use opportunity to advise the members of the public to stop sharing the video. This will help to protect the dignity of the woman. I wish to assure you that no stone shall be left unturned in the ongoing investigation. Justice shall be served.”

KanyiDaily had also reported how a 20-year-old herdsman, who raped a 54-years-old woman to death, begged for forgiveness saying he committed the act under the influence of alcohol. 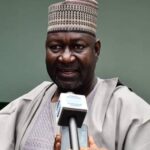 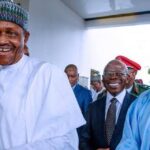