Anambra State Police Command has rescued a housewife, Ajuese Obiora, was stripped nαked and paraded after she was accused of killing her husband by having extra marital affairs in Aguleri community, in the Anambra East Local Government Area of the state. 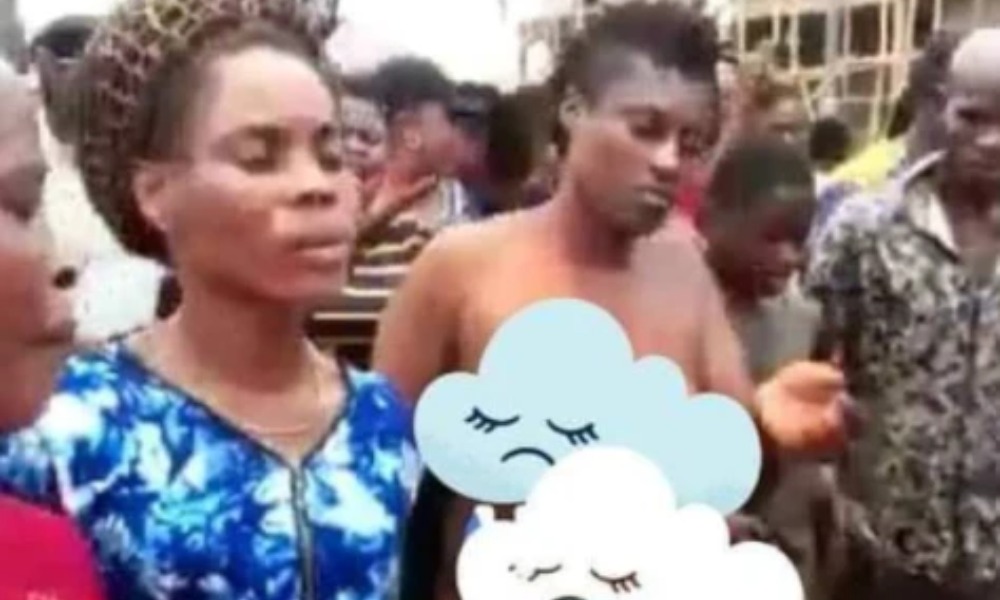 It was gathered that the woman was tortured after she was accused of killing her husband, Mr Obiora popularly known as Okeosisi Aguleri, by the deceased’s family members.

In a video circulating on social media, the woman was seen squatting beside the remains of her husband, while members of the community abused her in Igbo language.

The widow was also humiliated and paraded naked by her in-laws who also forced to swear an oath before their deity before she was rescued by the police.

Speaking on the incident, the President-General, Aguleri Community, Hippo Onwuebuke, said, “The whole matter started in-house, but before we knew what was happening, some hoodlums were brought in and the matter was escalated.

“The case is now with the police and the woman has made her statements to the police. We are dealing with it.

“The husband’s people caused it; although adultery is an abomination in our community, the woman deserves fair hearing. We have condemned the act and the way it was handled. If a woman is found guilty of committing adultery, you send her home, simple.”

Another community leader, who did not want to be identified, said, “The deceased was a local traditional musician. So, the woman in question knew the repercussion of what she did. From what we gathered, we heard that when the young man died, the friends and family members went to seek the truth traditionally.”

READ:  Nigerian Jailed For Life In Britain For Attempted Murder

The state police spokesman, DSP Tochukwu Ikenga, said the widow was rescued by the command while a principal suspect had been arrested in relation to the inhuman treatment.

He said, “The Anambra State Police Command today, March 12, 2022, rescued a female victim from an angry mob in Aguleri.

“The rescue was as a result of a report from a trending video where a lady was publicly molested and assaulted for allegedly causing the death of her husband.

“The Commissioner of Police, CP Echeng Echeng, while describing the act as barbaric, stated that one suspect was already in custody and ordered immediate study of the video with the aim of identifying more suspects and bringing them to book.

“Further information reveals that the deceased has already been buried before the video started trending. The victim was rescued and she is currently receiving medical care in the hospital.”

Meanwhile, the wife of the state governor, Mrs Ebelechukwu Obiano, has called for the punishment of those involved in the attack on the woman.

Mrs Obiano, in a statement she made through the Deputy Chief Press Secretary to the Governor, Mr Emeka Ozumba, in Awka, on Sunday, said, “My attention was drawn to a video clip containing graphic images of a woman subjected to ignominious treatment of the worst kind.

“She was not only publicly condemned over alleged adultery, but paraded stark naked on the streets. I must say that the conduct of the persons who took the law into their hands to debase the hapless woman was barbaric and disgusting.

“How could anyone have contrived to subject a fellow human being to such debasing treatment in this 21st century? I am particularly unhappy because it is a clear betrayal and an affront on the values of our society and counters the efforts we made in the last eight years to promote the dignity and respect for our women.”

Mrs Obiano said that she has already called the attention of the relevant authorities to weigh in and bring the perpetrators of the dastardly act to book as it cannot be condoned in the society.

KanyiDaily had also reported how a 20-year-old herdsman, who raped a 54-years-old woman to death, begged for forgiveness saying he committed the act under the influence of alcohol. 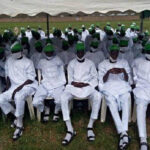 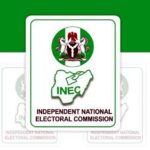