The terrorists group that bombed an Abuja-Kaduna train on March 28 has released another video showing the remaining abducted victims being flogged by their captors. In the video, the women were separated from the men, after which their abductors flogged them mercilessly with canes.

One of the victims, a male said the terrorists don’t plan to keep them hostage for more than a week, except for the laxity of the Federal Government in paying up the demanded ransom.

He also called on the international community and the United Nations to come to their rescue as the Nigerian government was not showing any interest in setting them free.

One of the terrorists in the video vowed to abduct the President, Major General Muhammadu Buhari (retd.), Kaduna State Governor, Nasiru El-Rufai and other prominent Nigerians and destabilise the country if their demands were not met.

The terrorists also threatened to kill and sell off some of the remaining Kaduna-Abuja train passengers in their custody. He said:

“This is our message to the government of Nigeria and just as you have seen these people here, by God’s grace, you will see your leaders; your senators and governors will come before us. These ones you are seeing here, we will keep some as our slaves and sell them off just as our Imam told you in the past.

“Just like the Chibok girls that were sold off, we will equally sell these ones as slaves. If you don’t adhere to our demands, we will kill the ones we need to kill and sell the remaining. By God’s grace, El-Rufai, Buhari, we will bring you here.”

The terrorists had attacked the Abuja-Kaduna train on March 28, killing eight and kidnapping no fewer than 61 passengers.

The Managing Director of the Bank of the Agriculture, Alwan Hassan, was the first to be released after reportedly paying a N100 million ransom on April 7.

75 days after the incidents, the terrorists released 11 persons held in captivity which according to Tukur Mamu, the negotiator and media consultant to the Islamic cleric, Sheikh Ahmad Gumi, described as was achieved “following a series of robust engagement with the terrorists and with the approval of the Federal Government.”

However, on July 9, seven of the victims were later released after reportedly paying N800 million ransom. The remaining 43 victims were told to pay N100 million to secure the release of their loved ones.

ALSO READ: Buhari Reveals Why Those Abducted In Abuja-Kaduna Train Are Yet To Be Rescued 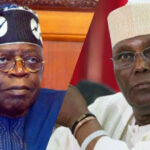 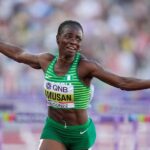