The bandits that attacked the Abuja-Kaduna bound train have released eleven abducted passengers after almost three months in captivity. 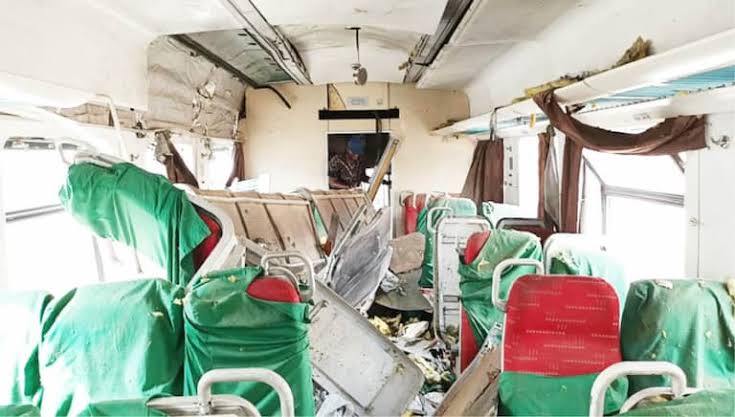 Alhaji Tukur Mamu, the negotiator and media consultant to a controversial cleric, Sheikh Ahmad Gumi, said that 11 out of the remaining 61 abducted passengers, were released on Saturday.

He said that six females and five male captives were released on Saturday following intense negotiations, after spending about 74 days in captivity.

In the latest edition of Kaduna-based newspaper, Desert Herald, the negotiator confirmed that contrary to “earlier commitment to release all the women in their custody, a total number of 11 victims were released on Saturday 11th June, 2022. They include six females and five males.”

Those released have been flown to Abuja on the order of President Muhammadu Buhari
for medical evaluation and treatment before the decision to reunite them with their families.

The paper quoted an insider who noted that the male victims were released on health grounds as part of the request made by the negotiating team while “the women who are among the vulnerable are part of the agreement reached with the abductors.”

Mamu, who is the publisher of the paper said, “We have succeeded in building confidence now. We will do everything to sustain it in the interest of the innocent victims that are still in captivity.

READ:  "I Am Deeply Shocked By Brutal Killing Of 81 People By Boko Haram In Borno" - President Buhari

“But behind the scene, Sheikh Gumi by Allah’s will made it possible. He was involved from the day I started. In fact, I accepted that role because of his directives to that effect. Even the final arrangement of how and the safest place to get the victims was arranged and coordinated by him.”

When asked if the children of the bandits had been released, Mamu, who holds the traditional title of Dan-Iyan Fika, declined to speak further, saying, “it is the government that is supposed to respond to that question.”

According to him, the urgent priority now for the government and us is how to safely secure the release of the remaining victims.

“It’s a painful and frustrating process but it must be done if we are to secure the precious lives of the remaining victims.

“The good news is our collective efforts have succeeded in securing the release of 11 of the victims so far. With the continued support of the FG all the remaining victims will be released soon Insha Allah.

“President Buhari must be commended for understanding the gravity of the50 crisis and for giving directives to the security agencies. The CDS, Gen. Irabo has done excellently well under the circumstances. The Army and the DSS have played a crucial role. There is no military solution to this predicament.

Buhari Laments Over Nigeria’s Insecurity, Says He Live Daily With Grief And Worry