The National Security Adviser to the President, Maj.-Gen Babagana Monguno (retd.), has said that the money approved to purchase weapons under the leadership of the ex-service chiefs got missing during their tenure. 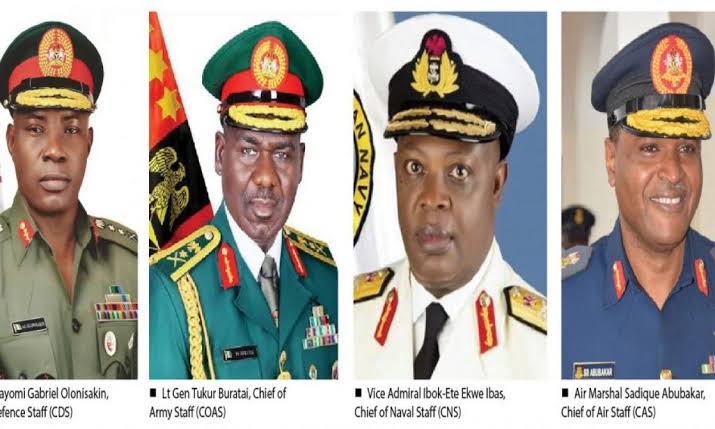 In 2018 alone,  President Muhammadu Buhari approved the sum of $1 billion dollars to enable them tackle the rising insecurity challenges ranging from Boko Haram insurgency, banditry, kidnapping activities amongst others.

Speaking during an interview on BBC Hausa, Monguno said the immediate past service chiefs could not account for the money approved to purchase weapons during their tenure.

According to him, the new service chiefs could not find any newly acquired weapons and other military hardware when they assumed office.

READ:  Nigerian Army Dismisses Female Soldier For Getting Pregnant After She Was Rαped By 5 Bandits

“It is not that we are not working to end the security challenge in the country. The President has done his own part and allocated a huge amount of money to purchase weapons but they are yet to be here. We don’t know where they are,” Munguno said.

“I am not saying that the past service chiefs have diverted the money, but presently we don’t know where the money is.”

“I am sure the President will investigate this. As I am talking to you now, even the Nigerian Governors’ Forum has started questioning where the money is. So I assure you that the President is not playing with anything that has to do with the people.

This allegation is coming two weeks after the Nigerian Senate confirmed all the ex-service chiefs as non-career ambassadors, following their nomination by President Buhari.