Lauretta took to her Twitter account on Monday to allege that Atiku shared food plus a cash handout of N500 to Nigerians who attended his inaugural campaign rally in Sokoto on Monday, December 3.

“KEEP THEM IN POVERTY, THEN GIVE THEM HANDOUTS – ATIKU in Sokoto yesterday”.

“That’s why they are angry about our poverty alleviation programme, the Social Investment Programmes that empower traders, small and medium entrepreneurs and the poor, to improve their earnings and have better standards of living.”

In another Twitter post, she attached the same image and accused Atiku of looting billions, buying the PDP candidacy with billions and spending millions of dollars chasing impossible forgiveness from America.

“Plans to scrap the poverty alleviation programmes of the Muhammadu Buhari administration so he can continue to insult Nigerians.

Nigerians didn’t waste time to point out to the picture she used to make the allegation was actually an image that was first used in February 2017.

A simple Google Reversed Image Search showed several results of the image in question being used previously before Atiku’s rally on Monday, rendering Lauretta’s allegation a wildly inaccurate one.

In September 2018, she was publicly ridiculed for using a random stock image as proof of the construction work being done by Buhari’s administration on the Nasarawa-Jos road. She later apologized for the tweet. 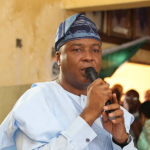 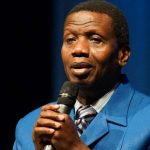