The Free Lagos Movement has revealed that the National Leader of the All Progressives Congress (APC), Bola Tinubu, is positioning his son to become Governor of Lagos State in 2023.

According to Sahara Reporters, the revelation by Comrade Mark Adebayo, during a ‘World Press Conference’ at The Airport Hotel, Ikeja, on Thursday.

The group also accused Tinubu of placing his relatives in key positions in the state, noting that the APC leader has turned Lagos to his “personal cottage”.

The group stressed that its demand were premised on ensuring “a Lagos that is free from stunted economic growth occasioned by monumental corruption and social manipulation of the people; a free Lagos that will embrace in all its ramifications the tenets of good governance in public sector, transparency,  accountability,  fairness and ethnic cohesion.” Mr Adebayo said:

“Today, the reality on ground  is that the Centre of Excellence, the economic capital of Nigeria and indeed the fifth largest economy in Africa has been held captive and brazenly been manipulated by a group of power cabal (led by a former Governor of Lagos State, Asiwaju Bola Ahmed Tinubu), for their selfish interests rather than the public good.

“It is still baffling to the majority of Nigerians, how Lagos State has ended up becoming a personal cottage industry of one individual, who solely determines the fate and destiny of about twenty million people. For almost twenty years now, Lagos has become his fiefdom, with trails of personal aggrandisement, staggering corruption and virtual enslavement.”

The group went on to list how Tinubu has allegedly continued to entrench himself in the state by placing his people in key positions in the state, among other actions, as follows:

1. Asiwaju Bola Ahmed Tinubu was Governor for eight years but has continued to govern by proxy till date;

2. His wife has been Senator for eight years and still going for the third term now;

3. The incumbent Commissioner for Women Affair in Lagos State, Mrs Lola Akande, a former member of the Lagos State House of Assembly, is Tinubu’s sister-in-law;

5. Sade Tinubu-Ojo, the Iyaloja General of Lagos and Nigeria, is Tinubu’s daughter;

6. Her husband, Mr Oja, was a member, House of Representatives, representing Ekiti State;

7. Seyi Tinubu, one of Tinubu’s children, was appointed as the emergency financial consultant to all parastatals and local governments in Lagos State. His convoy is said to rival that of a state Governor, and he’s been positioned to take over as Governor of Lagos State in 2023, while his father Bola Ahmed Tinubu is unrepentant of his own ambition of becoming the President of Nigeria in 2023;

8. Akeem Muri-Okunola, who recently was imposed as the Head of Service against all civil service rules, is Tinubu’s friend’s son. He was Tinubu’s Personal Assistant when he was the Governor;

10. The Incumbent Commissioner for Health (a three-term Commissioner), Jide Idris, is Tinubu’s Cousin;

12. The incumbent Commissioner for Housing (a two-term Commissioner), Gbolahan Lawal, was ADC to Bola Tinubu;

13. OANDO supplies all the fuel being used by the BRT buses in Lagos and Wale Tinubu, the CEO of Oando is Tinubu’s younger brother;

14. A pseudo-company called Alpha Beta, collects at lead 10% of the revenues accruing to Lagos State, running into hundreds of billions of Naira in fees in the 15 years for doing practically nothing. The state still pays the Lagos inland Revenue Services (LIRS) another 10% as administrative fees to collect same revenue;

15. The landed property of Lagos State Polytechnic, Ikosi campus, was converted into private property, for the establishment of a television station (TVC), owned by Bola Tinubu.

The group went on to accuse Tinubu of various corruption-related practices.

The statement continued: “To put it in proper perspective and further drive home our point, an estimated figure of over N7trillion has been lost to corrupt practices on a total expenditure of about N7trillion by the Lagos State government in the last 20 years. The financial resource could have been invested in critical infrastructure like the Fourth Mainland Bridge, Lagos, International Airport in Epe, bridges along the Lekki corridor to eliminate traffic congestion, modern hospitals and schools in all local governments.”

The APC leader was also accused of vote buying in the events leading up to the presidential and National Assembly elections, as well as plans to rig the governorship elections through voter intimidation and harassment.

“At this juncture, we will like to emphasize the arrogance and impunity that has become the trademark of Bola Ahmed Tinubu, who had claimed to be richer than some states in Nigeria. On the eve of the presidential election, viral pictures on social media showed two bullion vans driving into Tinubu’s residence. The Money Laundering Prohibition Act stated that no person or corporate body shall make or accept cash payment of sum exceeding N500,000 or its equivalent in the case of individuals, while in the case of corporate bodies that amount is N2,000,000,  the transaction is done through a financial institution.

“We therefore call on the relevant authorities to conduct full investigation into this flagrant violation of the laws of our land by this individual who now parades himself as “uncountable”.

In fact, the much touted anti-corruption fight of President Buhari will amount to nothing if grave corruption allegations are conveniently ignored.

“To sustain his vice grip on power, he has resorted to the use of thugs  to intimidate and unleash violence on non-indigenes residing in Lagos, and contributing to the gross domestic product of the state on account of exercising their right to freely vote for parties and candidates of their choice. This was partly responsible for the low turnout (less than 25%) of registered voters for the presidential election of February 23rd, 2019.

“This is a major threat to our democracy, which must be nipped in the bud. We, therefore, call for immediate arrest and prosecution of the culprits and their sponsors, as deterrence to others. Unfortunately, the trend of harassment has continued unabated even after the elections of February 23. The business activities of the Igbos in Oshodi, Mushin, Lagos Island and other areas are being disrupted ahead of the gubernatorial elections scheduled for March 9, 2019. The activities of these men are the types that have caused genocide in different parts of the world. They must be called to order before they cause major conflagration between the various ethnic groups who have who have lived peacefully together in Lagos for centuries. We, therefore, call the attention of the Federal Government and international community, especially the International Criminal Court to the dangerous pre-genocidal activities of agents of the former Governor of Lagos State, Senator Bola Tinubu, his chief thug, Mr. MC Oluomo, and his army of thugs against fellow Nigerians from the South-East and South-South living in Lagos.

“For the record, our movement is not political. It is not about selfish ambitions.
It transcends gender, tribalism or religion, with members spread across all the Local Governments and Local Council Development Areas (LCDAs) in Lagos, where we have coordinators. We have also set up a high powered legal support committee, made up of eminent lawyers, who will provide necessary services to members of our movement during the course of this struggle.

“We remain resolute in our quest for justice, equity, fairness, and a free Lagos, where opportunities are equally available to all. We demand for an egalitarian Lagos, with the highest ideals of democracy, economic prosperity, modernization, wealth and freedom. We also demand for the protection of voters from harassment and violence before, during and after the elections.” 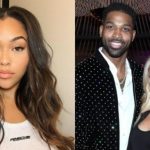 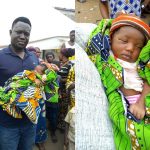