Jordyn Woods claimed that her hook up with Khloe Kardashian‘s ex-boyfriend, Tristan Thompson, was a one-time thing.

The 21-year-old model who used to be Kylie Jenner‘s best friend has been on headlines over the past few weeks after she was spotted at a house party kissing and making out with Khloe Kardashian’s boyfriend, Tristan Thompson.

Jordyn Woods had claimed she was ‘blackout drunk’ during her hook up Tristan Thompson.

However, sources close to the Kardashians say they aren’t buying Woods’s story. They pointed out “the fact party-goers were told to put their phones away when Jordyn arrived, which shows Woods wanted her rendezvous with Thompson private,”

Additionally, the sources said Woods drove herself home from the party, something she would not have done if she was blackout drunk like she claimed.

A fresh report from People says Jordyn Woods admitted she wasn’t ‘blackout drunk’, but wants everyone to know that her now-famous hook-up with Tristan was a one-time thing.

According to the source, the model said she only hooked up once with Tristan and that was it!

“She was drunk but not blacked out,” the source says. “Afterwards she knew she had messed up and was like ‘I gotta go, I gotta go.’ It was a one-time thing.”

Meanwhile, Jordyn has reportedly tried to apologize to the Kardashians since the ugly incident, they have fallen on deaf eyes.

There are indications that the reason the Kardashians are finding it hard to believe Jordyn is because she keeps telling different versions of what happened on that night, leaving room for suspicion. 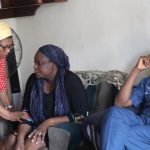