It is no longer news that Tristan Thompson cheated on Khloé Kardashian with Kylie Jenner‘s best friend, Jordyn Woods.

Following the cheating scandal, Kylie Jenner has reportedly cut off Jordyn Woods completely, even though she’s been trying to apologize.

According to E! News, Kylie did not just ended her communication with Jordyn, she also allegedly stopped supporting her lifestyle.

“Kylie pays for her entire life and she even bought Jordyn a car,” the source said. “Jordyn was on all of her vacations. Her whole family was invited to the Christmas party and Stormi’s birthday party.”

Jordyn woods have been trying to applogize, but it’s been difficult for her, so she moved out of Kylie Jenner’s house—and she’s leaning on her family.

Jordyn has moved back to her mom’s house. It’s been a difficult time and she’s broken up about it. She’s heading home to be with her mom.”

Jordyn’s living at home with her mom right now, and Kylie is reeling from the whole situation. This has turned her life upside down that she feels like she doesn’t know who Jordyn was this entire time.

It’s obviously hard for Khloé too, since she was also friends with Jordyn. A source said:

“Jordyn was a friend that Khloé confided in about her difficulties with Tristan and then Jordyn did this. The family won’t be forgiving.”

“They have done everything to help Jordyn be successful on her own. They feel she would be nothing without them. It’s such a betrayal for them.”

According to a different source, Jordyn Woods feels remorse, she has been trying to apologize for everything.

“Jordyn has been trying to reach out to Khloé and Kylie everyone else in the family to apologize,” the source said. “She wants to apologize and make everything right… She spent the whole night crying with her mom and sister.” 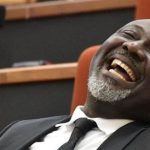 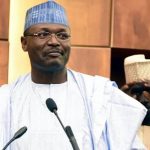