Cleveland Cavaliers basketball player, Tristan Thompson has admitted to cheating on his girlfriend, Khloe Kardashian, after she confronted him face to face.

Tristan Thompson, 27, was spotted kissing and making out with Kylie Jenner‘s best friend Jordyn Woods while at a house party on Sunday.

When news broke of the snog, Tristan took to his social media page to deny the cheating allegation, he described it as fake news.

However, US Weekly claims the Khloe confronted baby daddy Tristan face to face and he confirmed it’s true. The source said:

“Khloe was told by people who saw Tristan and Jordan making out and told Khloe, and Khloe confronted Tristan and he admitted it was true.

“Khloé is completely done with him for good.”

After refusing to initially believe the rumours, the Kardashian family is now “beyond angry and disgusted” with Jordyn, who has yet to comment on the allegations.

Tristan once admitted to cheating on Khloe back in April last year – but she held back and stayed with him after giving birth to baby True. But this time, she’s completely done with with him. 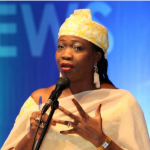 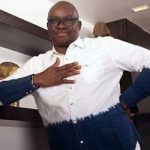