21-year-old model Jordyn Woods has reportedly claimed to have been ‘blackout drunk’ during her hook up with Khloe Kardashian‘s ex-beau Tristan Thompson.

It is no longer news that Tristan Thompson cheated on Khloé Kardashian with Kylie Jenner‘s best friend, Jordyn Woods.

Following the cheating scandal, Kylie Jenner has reportedly cut off Jordyn Woods completely, even though she’s been trying to apologize.

TMZ also reports that say Jordyn started crying when she was told what she did and as we told you, Kylie also couldn’t fathom the news. It was also revealed that Jordyn rarely drinks, but when she does, it usually ends badly. Although, this time it went to the next level.

It is also reported that prior to time Tristan Thompson and Jordyn Woods hooked up at the house party kissing and making out, they had no formal relationship as they do not follow each other on social media.

However, sources close to the Kardashians aren’t buying Woods’s story. They point out “the fact party-goers were told to put their phones away when Jordyn arrived, which shows Woods wanted her rendezvous with Thompson private,”

Additionally, the sources said Woods drove herself home from the party, something she would not have done if she was blackout drunk like she is claiming. 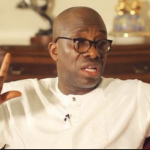 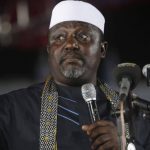