Popular Nigerian OAP, Toke Makinwa is already causing a meltdown on Twitter this morning because of a single tweet from her about mixing the words in a song.

Toke Makinwa took to her Twitter page and tweeted about mixing the words of Chinko’s hit song ‘Able God’ with ‘Ebuka’.

According to her, she just realized today that what was said in the song was ‘Able God’. All this while, she’s been hearing and thinking it was ‘Ebuka”.

Trust Nigerians, ‘Ebuka’s wife must hear this’ because they aren’t buying it. Many think Toke Makinwa was only trying to get the attention of Ebuka, her fellow media personality.

The reactions to the tweet have been nothing short of hilarious.

Lol how does Able God sound like Ebuka? Just say you like the Agbada Lord in Peace ?? https://t.co/qsAXyWrcZa

So while all of us have been dancing leg work and Gbe body wa to Able God, Aunty Toke is somewhere day dreaming about Ebuka?

Toke Makinwa is a Legend ??? pic.twitter.com/cmVhAXgfuI

Toke: is it only me that hears Ebuka instead of Able God

Aunty Toke, just say you want to drive 2 hours and fell pregnant too. Do your thing in peace and don't drag us into this fa. B gd. pic.twitter.com/2hwjmG9X8B

Toke: So in that song, they were saying Able God not Ebuka

Aunty Toke you can lie ehhhh. Which one is Ebuka? pic.twitter.com/k1mybHGniI

Use american accent and see ??
Don't be Igbotic pls dear

So with a single tweet Toke Makinwa made Ebuka trend. ??‍♂️??‍♂️

Heii lord who are the people that are not allowin me to trend too ??

So a songbird and I made a quick rendition of @tokstarr version of 'Ebuka' @Ebuka Enjoy.
Kindly Retweet. pic.twitter.com/mXQ0SIsDXZ

The name of the song sef says "Able God", video was shot in a Church setting, but somehow she thought it was Ebuka all along.

See, there's just something about the preeq of Lagos married men…. ?. She was ready to risk it all.

Apart from the Able God and Ebuka that to het sound alike…
Let's concentrate on her not being able to use am and I'm correctly abeg??? pic.twitter.com/JYvHNuphY2

She wants Ebuka to set leg for her, so she can fall pregnant.

You had to mention Ebuka, even when they’re thousands of Ebuka in Nigeria. U nor see style take…… abeg Later https://t.co/G19wekoZjH

Instead of Aunty Toke to shoot shot peacefully she is using scope to whine us.
"
How does "ABLE GOD" sound like "Ebuka" ehn
How?! pic.twitter.com/EeFL2bQtKo

How Do You Say You Thought the Song was "Ebuka, Shower Your Blessing"? 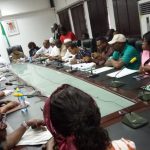 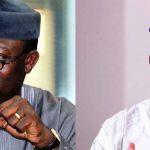