Many Nigerians are reacting and criticizing the Independent and National Electoral Commission (INEC) for appointing President Muhammadu Buhari’s niece Mrs. Amina Zakari as head the collation center of the 2019 elections.

On Thursday, January 3, 2019, during an inauguration ceremony, the INEC chairman, Professor Mahmood Yakubu appointed Amina Zakari to head the committee on collation center for the forthcoming election.

The People’s Democratic Party (PDP) follows up with a request asking Mahmood to withdraw the appointment in order to ensure a free and fair election.

Breaking News: We wish to alert Nigerians that @inecnigeria has appointed @MBuhari’s niece, Amina Zakari as Chairman, Collation Center for the 2019 Presidential Election. This is another heinous machination by @inecnigeria to subvert the will of the people and rig for @MBuhari pic.twitter.com/IDcJF4ZRhu

In a statement released by the People’s Democratic Party Presidential Campaign Organization through its director on Media & Publicity Kola Ologbondiyan, Mrs. Zakari’s past involvement in electoral processes raise a cause for concern.

“While Prof. Mahmood Yakubu can no longer be trusted to conduct the 2019 general election, it is public knowledge that Mrs Amina Zakari, the INEC Director in charge of Operations and ICT, is a direct blood relation of Mr President and as such, we believe that she cannot be an impartial arbiter in an election involving her uncle.”

“This is the same Amina Zakari, who headed the ICT Department of INEC at the time that department was accused of manipulating the INEC voter register to accommodate fictitious, underage and alien voters, particularly, in remote areas where they plan to allocate and announce conjured votes for President Buhari and the APC.

“It will interest Nigerians to note that this is the same Amina Zakari that was alleged to have played some roles in the 2018 governorship election in Osun state, where the electoral processes were flagrantly abused.”

Mrs. Zakari’s appointment is also met with mockery in a tweet by former state governor of Ekiti, Ayodele Fayose, known for hard criticism of Buhari’s government who asked:

“why not just appoint one of the President’s children as INEC Chairman?”

Instead of INEC appointing, Amina Zakari, a blood relation (niece) of President Buhari, as the Chairperson of INEC Advisory Committee and Presidential election Collation Center Committee, why not just appoint one of the President's children as INEC Chairman?

Oby Ezekwesili of the Allied Congress Party of Nigeria (ACPN), who is looking to unseat Buhari in February, predicts a terrible outcome for the country if Zakari’s appointment is not reversed.

It is now quite obvious that the @inecnigeria Chairman is making decisions that cannot at all be INDEPENDENT. How in the world can@inecnigeria Amina Zakari – niece of @MBuhari – as its Head of Collation Center? Are the INEC Chairman &President ready for the grave consequence?

Amina Zakari,Buhari's neice and a member of his staff when he was Chairman of PTF has been appointed Chairperson of the INEC Advisory Committee & Pres. Election Collation Center Committee. Do you still believe that there will be a free and fair election in Nigeria on Feb. 16th?

This is a blatant illegality Distinguished, the Chief Returning Officer is the Chairman & this CANNOT be DELEGATED. All well meaning citizens MUST rise against this. #ElectionFraud pic.twitter.com/seynG4PU1p

How can @INECNigeria appoint Amina Zakari, President @MBuhari’s blood niece, as head of its collation centre for the 2019 elections? Even the late Idi Amin would not do this! This makes mockery of Buhari’s promise of a free and fair election #RenosDarts https://t.co/nsRaB1FK8A

I am forced to come out of “vacation ” to address this whole nonsense about Amina Zakari being made “Head of INEC Collation Centre”.What has come over us? Even people that ought to know now seek to thrive in deliberately peddling falsehood? Haba!!What is the real position?Thread!

Not only is Amina Zakari @MBuhari’s niece, she also worked with PMB at PTF which he Chaired under Abacha. Their collabo is even tighter than @WizkidAyo and @TiwaSavage or @iam_Davido and @DJECOOL The rigging album they are planning is already trending in @INECNigeria #RenosDarts

Lmaoooo! Them no even dey hide their intention for this election again mehn!!!????? 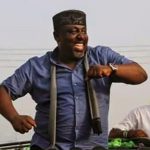 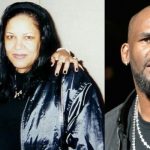