The Federal Government has warned that it will not tolerate the recruitment of Nigerians into the Ukrainian army to fight against Russia. 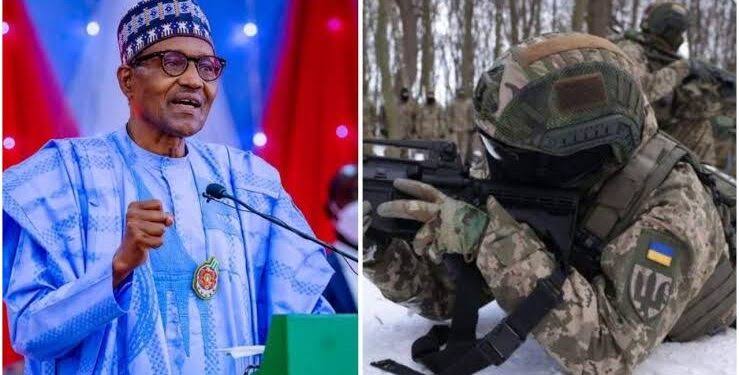 KanyiDaily had reported how Russian President, Vladimir Putin ordered a ‘special military operation’ in Ukraine on Thursday, February 2, killing hundreds of people and wounding thousands on both sides.

On Thursday, March 3, over 100 Nigerians converged at the premises of the Ukraine Embassy in Abuja to express their readiness to fight for them against Russia.

But the Secretary at the Ukrainian Embassy to Nigeria, Bohdan Soltys, had revealed that $1,000 would be paid by each of the Nigerian volunteers for flight ticket and visa.

Reacting to the development on Monday, the Ministry of Foreign Affairs in a statement by its spokesperson, Francisca Omayuli, said the federal government had contacted the Ukrainian embassy to verify the report.

The ministry said the embassy confirmed that a number of Nigerians had indicated their willingness to fight for Ukraine in the ongoing conflict with Russia.

Omayuli said the federal government would not fold its arms and allow any Nigerian to be used or be recruited as mercenaries to fight in Ukraine.

READ:  Tonto Dikeh Was Not Born Human, She Has Gone Far In Spirit World - Preacher [Video]

The statement reads, “The attention of the Federal Government of Nigeria has been drawn to an alleged ongoing registration of Nigerian volunteers into the fighting force of Ukraine at the Ukrainian Embassy in Abuja.

“The Ministry of Foreign Affairs contacted the embassy to verify the speculation.

“The Ukrainian Embassy refuted the allegation but confirmed that a number of Nigerians had approached the embassy indicating their willingness to fight on the side of Ukraine in its ongoing conflict with Russia.

“Furthermore, the embassy clarified that the Ukrainian government is not admitting foreign volunteer fighters.

“It, therefore, dissociated itself from the claim that it is requesting one thousand dollars from each Nigerian volunteer for air ticket and visa.

“As a responsible member of the international community and consistent with our obligations under international laws, Nigeria discourages the use of mercenaries anywhere in the world.

“It will not tolerate the recruitment, in Nigeria, of Nigerians as mercenaries to fight in Ukraine or anywhere else in the world.

“The Federal Government will continue to engage with the Embassy of Ukraine in Nigeria and other relevant authorities to prevent this possibility,’’ the ministry stated.

It noted that Nigeria’s decision not to allow the use or the recruitment of its citizens as mercenaries to fight in Ukraine or anywhere else in the world is in line with international laws. (NAN)

KanyiDaily recalls that Senegal had also condemned the call for its citizens to join Ukraine Army, saying “mercenaries or foreign fighters on Senegalese territory is illegal and punishable by the penalties provided for by law.” 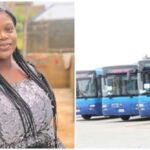 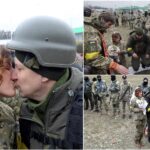