Manchester United star Cristiano Ronaldo has announced the death of his son during childbirth. 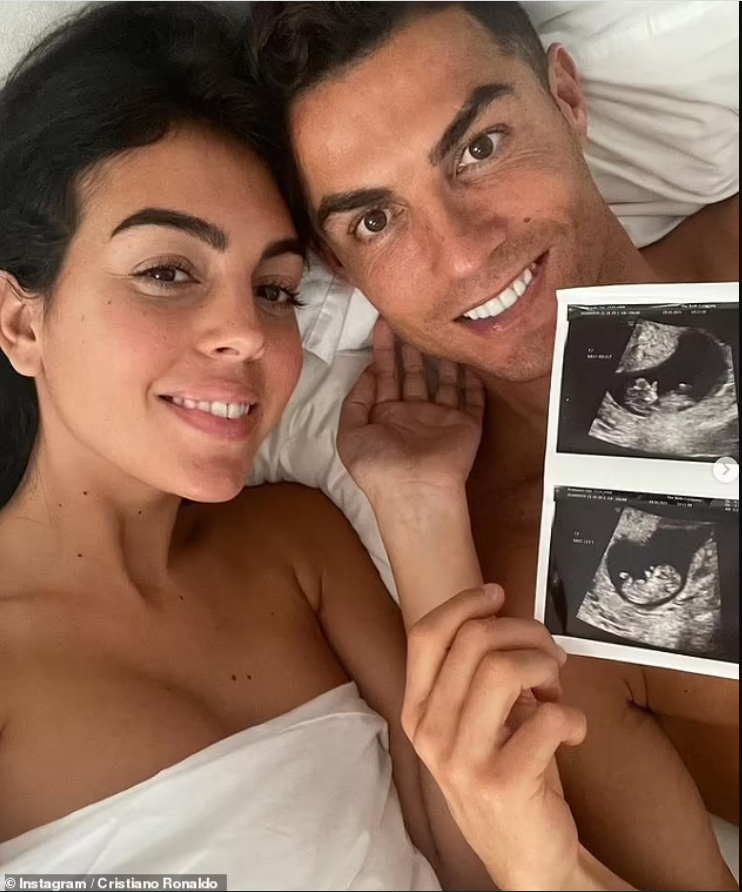 Earlier in October 2021, the footballer announced that he was expecting twins with his girlfriend 28-year-old Georgina Rodriguez.

The statement shared by the footballer reads:

‘It is with our deepest sadness we have to announce that our baby boy has passed away. It is the greatest pain that any parents can feel,’ the announcement read.

‘Only the birth of our baby girl gives us the strength to live this moment with some hope and happiness.

‘We would like to thank the doctors and nurses for all their expert care and support.

‘We are all devastated at this loss and we kindly ask for privacy at this very difficult time.

‘Our baby boy, you are our angel. We will always love you.’ 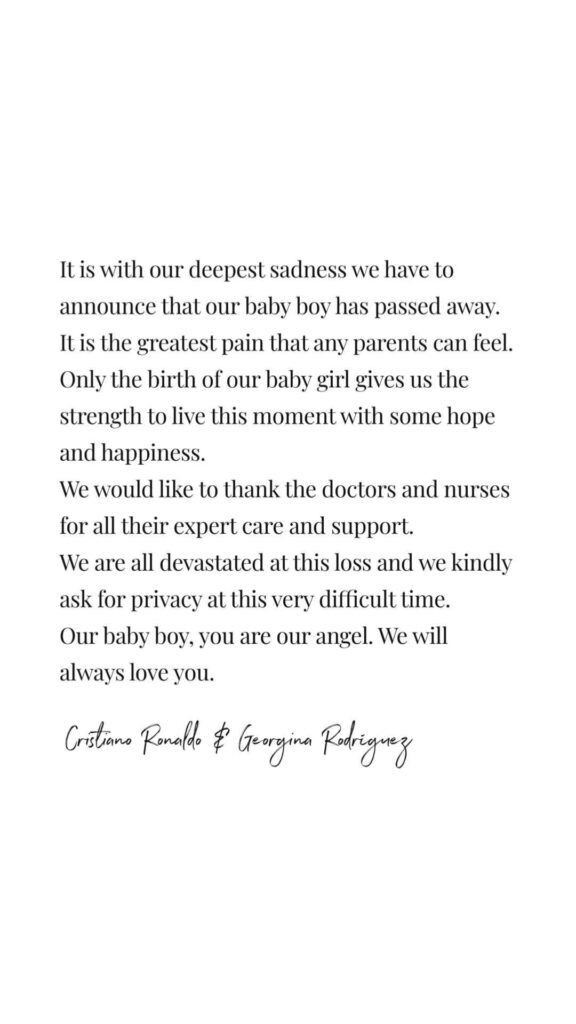 Ronaldo’s first son Cristiano Jr. was born in the United States in 2010 by a yet to be identified woman and was immediately taken back Spain and raised in Madrid.

In June 2017, Cristiano surprised his fans with the news he’d welcomed twins Eva and Mateo through a surrogate, and just one month later he and Georgina announced they were expecting their first child together. 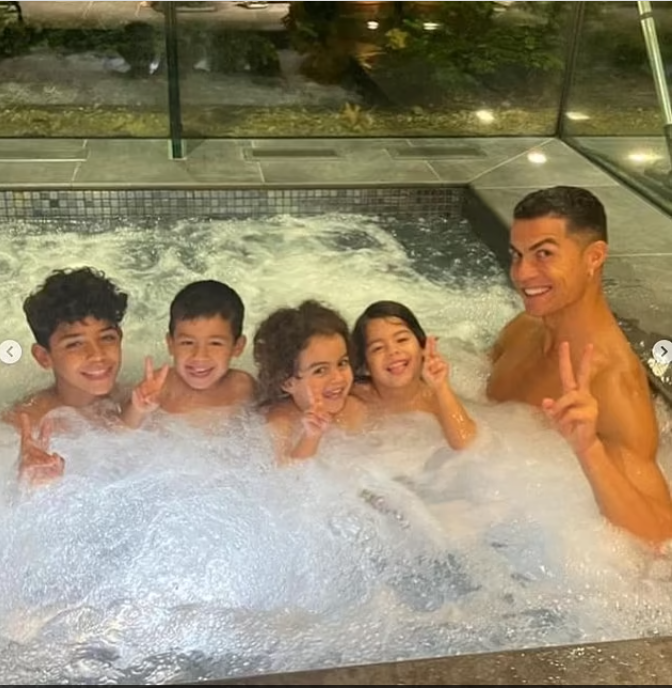 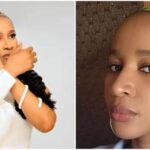 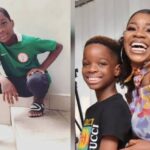