The Islamic State in West Africa Province (ISWAP) has claimed responsibility for killing three police officers during an early-morning attack on a police station in Adavi Local Government Area of Kogi State.

KanyiDaily recalls that the commissioner of police, Edward Egbuka, who confirmed that attack in a statement, had said the three officers died during a gun duel with the gunmen, who took the officers on duty by surprise in the early hours of Saturday.

Following the attack yesterday, the Voice of America (VOA) reported on Sunday that ISWAP issued a statement claiming responsibility for the attack.

“The Islamic State West Africa Province (ISWAP) claimed responsibility in a statement on Telegram,” VOA said in a report.

“Soldiers of the Caliphate attacked a police station,” it said, adding that “five people were killed in the raid.”

Although there is a high level of insecurity in Kogi, where bandits and kidnappers have been operating in recent months, the state is not known for ISWAP attacks, as the sect operates mainly in the North East.

ISWAP had also claimed responsibility for an explosion that killed six people in a market in Taraba on Tuesday.

If the attacks were executed by the insurgents as claimed, it, therefore, indicates the expansion of the terror group in the northern part of the country.

KanyiDaily had reported how six persons were killed, while several others sustained injuries in an explosion that occurred in Iware community of Taraba state. 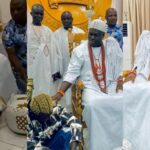