Abdullahi Jibrin, a lance corporal with the Nigerian Army battalion in Geidam community in Yobe State, has reportedly committed suicide after he was arrested for allegedly working with Boko Haram.

Jibrin, a weapon instructor, was said to have been placed under surveillance after two separate attacks in Geidam and Gashua towns in Yobe recently.

A top military source told TheCable that it was discovered that Jibrin absconded from work for two days and was tracked by the army intelligence unit.

He said after being sighted in Gashua, Jibrin was arrested and while being taken back to Geidam, he overpowered one of his escorts and blew himself up.

The source said, “He took part in the two attacks in Yobe state. The one on April 21 where nine people were killed in bar parlours. Shortly after, it was discovered he absconded from duty for two days.

“He was very popular with his colleagues and well-liked by his colleagues because of his known competence. He was however sighted among the Boko Haram insurgents that attacked Geidam last Sunday.

“The Battalion CO tracked his phone and he was pinpointed at a point in Gashua, hundreds of kilometers from his supposed duty post.

“The army authorities in Gashua were intimated and the soldiers spread their dragnets. On Tuesday morning, Jibrin boarded a bus to Gombe and disguised himself but was identified and nabbed at the checkpoint in Gashua. He was handcuffed and on interrogation revealed so many things.

“On transit to Geidam, Jibrin employed his skills as a weapon instructor, snatched a gun from one of his escorts, overpowered the other, and blew himself up.

“His revelations, however, led to the arrest of some other suspects. While many are believed to be among the troops in both Gombe and Geidam battalions.

“He was even in the intelligence corps of the NA before becoming a weapons instructor.”

The source said an investigation is still in progress to unravel other culprits who were working with him within the army.

KanyiDaily had also reported how a member of the National Youth Service Corps (NYSC), Abraham Amuta, who was abducted by Boko Haram insurgents, rejected an offer to be freed from the terrorists group. 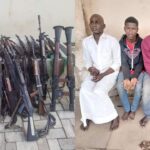 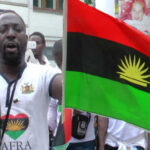