Former Minister of Transportation, Rotimi Amaechi has failed to secure the support of Kano State Governor, Abdullahi Ganduje, ahead of the primary election of tthe ruling All Progressives Congress (APC). 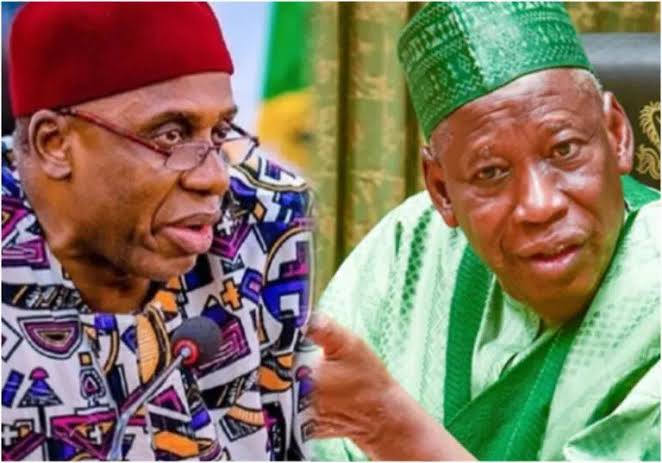 The governor refused to endorse Amaechi’s presidential ambition despite acknowledging him for his efforts in fighting for the ruling party.

The former minister, who was in Kano to meet APC delegates for his presidential campaign, had told Ganduje, “I know your position as far as our party presidential candidature is concerned, and I want you to change for me”.

However, Ganduje who is believed to be supporting APC National Leader, Bola Tinubu’s ambition, told him, “Kano is a swing state and we will continue to swing until the end, so try and be part of the swings”.

The governor commended Amaechi for his endearing efforts in standing with the APC and fighting for it in the wee hours of the Peoples Democratic Party (PDP) presidency.

He said, “We are aware how you suffered for our party at the mega movement of its formation, as DG Buhari Campaign Director, we knew how you were harrassed as Governor of Rivers State and how you were at a time denied from flying out from Kano which made you travel to Abuja by road.”

This comes just a few days after Rotimi Amaechi resigned as the Minister of Transport to pursue his presidential ambition.

“I Won’t Retire Until I Become President” – Tinubu