A Nollywood actor and musician, Hycent Azunna Zealot, better known as King Zealot, has been arrested and paraded as a member of the Eastern Security Network (ESN), the security arm of the Indigenous People of Biafra (IPOB), in Imo State. 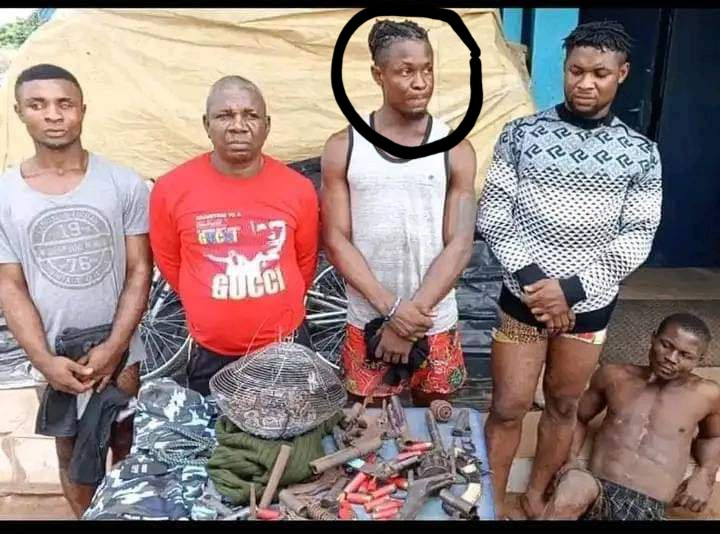 The entertainer was among the seven suspected IPOB members arrested by the police for allegedly killing an inspector, Felicia Nwagbara, who was declared missing in 2017.

KanyiDaily recalls that the police said the seven men confessed to the murder of Inspector Felicia Nwagbara who was the second wife to one of the suspects – Casmire Mgbugba.

Police said they recovered several weapons including guns, bullets, ammunition, and a live python the suspects used to fortify themselves before attacks were carried out

However, King Zealot’s friends have taken to Facebook to raise an alarm that the actor is being subjected to “cheap blackmail” and they are calling for his release.

The friends said the actor graduated last year from Imo State University, alleging that security operatives are fond of arresting youths in the South-East and labeling them ESN members.

One of his friends wrote: “Ok there are two pictures below, my case is for the young man wearing the singlet or armless top.. From what I got, he was arrested alongside the other people and tagged esn members.

“This young man is King Zealot and he is an actor and a music artist, based in owerri. I got to know him through my good friend Donald Ihem’s and I can clearly say he is in no way a thief or ESN member. This is cheap blackmail.

“He graduated from imsu last year and we have been in touch. This isn’t a good thing to just arrest people and tag them what u like… Please give zealot an unconditional release… Please let’s share and save this happy soul.

READ:  Samsung Phone Sent From Finland Turns To Biscuit At Point Of Delivery In Nigeria [Photos] 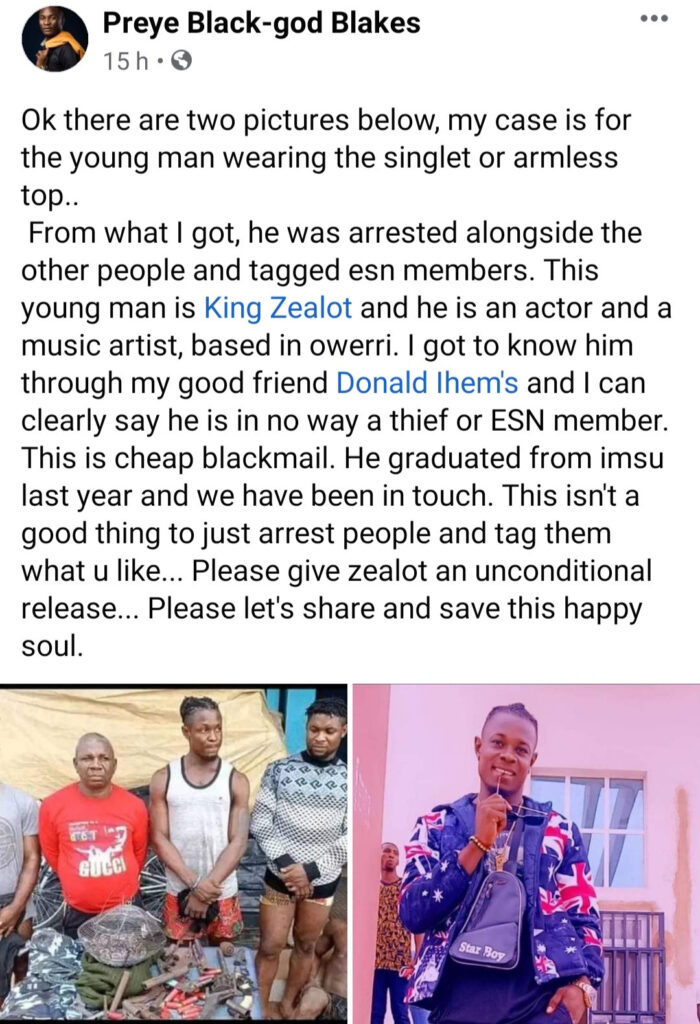 Reacting, a Nairaland user Zonefree wrote: “What Nigerian police is doing in Imo state now is, they will arrest random innocent civilians, present awka-made guns and tag them ESN/Unknown Gunmen.

“Check the table there and ask yourself, how can ESN members carry such pipes there as guns? Does it even make sense? Even ITJs and JVCs don’t roll with such tools talk more of ESN.

“I got a WhatsApp memo earlier this week from friends telling every youths in Owerri to stay indoors once it’s 8pm, that Nigerian police will arrest random youths and tag ESN members…it’s happening already. The world needs to know the atrocities Nigerian police and Army are committing in Imo State.” 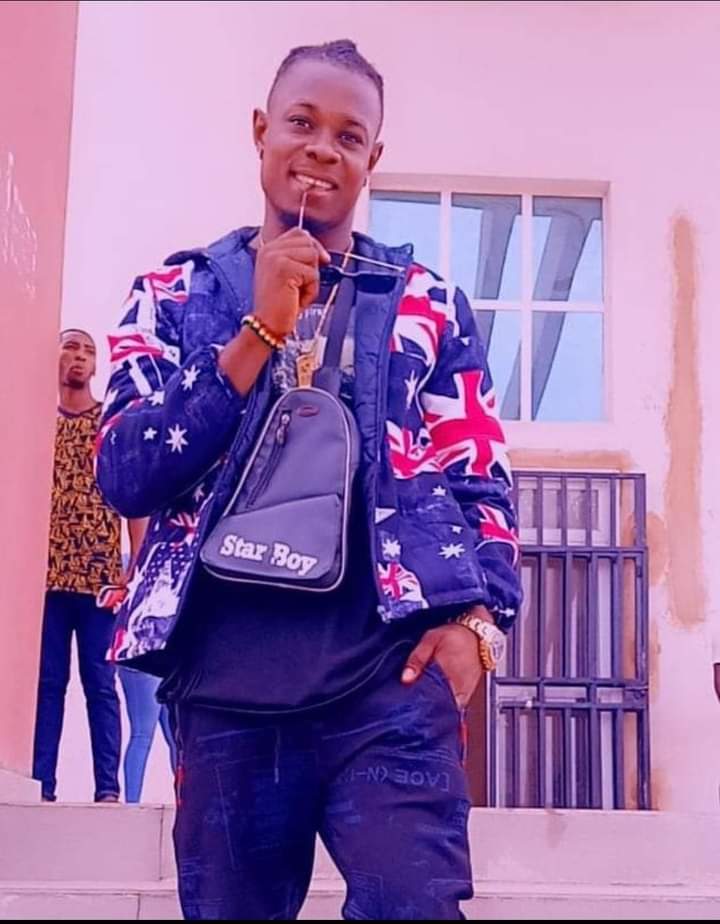 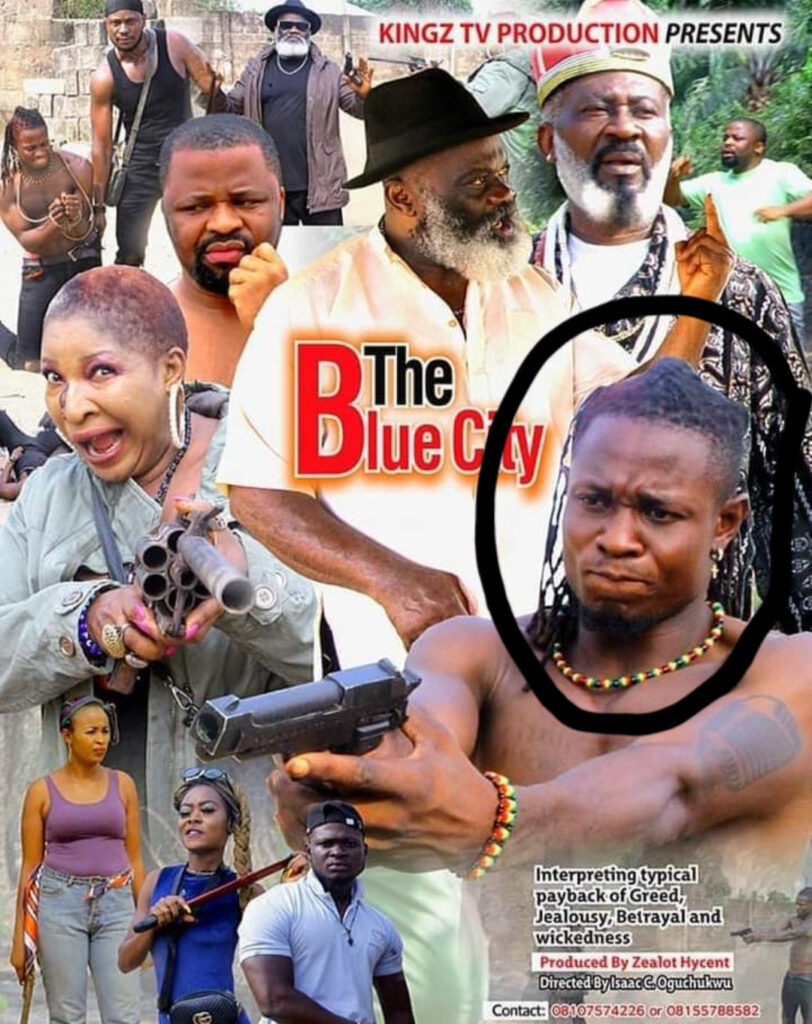 KanyiDaily had also how a young man, Ibe Casmir, who travelled to Owerri for the burial of his father-in-law, was arrested by the police and paraded as unknown gunmen in Imo State. 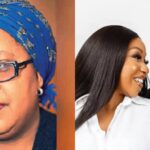 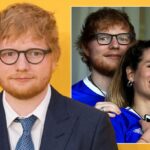