Bashir Ahmad, the former personal assistant to President Muhammadu Buhari on new media, has called for a fresh election after he lost his bid to represent Gaya/Ajingi/Albasu constituency of Kano state in the House of Representatives. 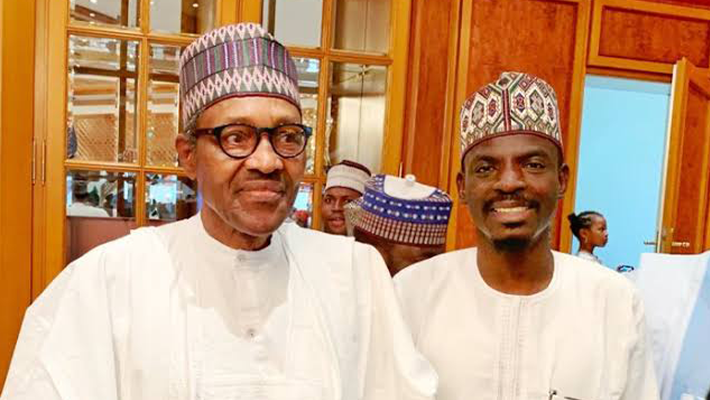 KanyiDaily had earlier reported that the presidential aide lost his bid to secure the ticket of the ruling All Progressives Congress (APC) which was won by Mahmud Gaya, the lawmaker representing the constituency in the house of representatives.

In a statement shared on Facebook on Saturday, Bashir rejected the outcome of a primary election, saying the exercise was far from credible, thus he won’t accept it.

I hereby categorically reject the process and proceeds of the primary election conducted on 27th of May, 2022 to elect the All Progressives Congress (APC) flagbearer for the position of member House of Representatives for Albasu/Gaya/Ajingi Federal Constituency.

“I offered myself to serve my constituents as best I can and I would have been willing to accept whatever outcome if it was free, fair and credible.

“I am sad to say that what ensued at the venue of the primaries highly threatens the credibility and integrity the APC has built over two political cycles. It is therefore a great disservice to my people and our great party, to be silent about such injustice.

To the best of my knowledge, election at the primaries stage requires delegates to cast their votes and a winner emerges with the majority votes.

“It therefore implies that there could not have been any voting process that occurred considering majority of the delegates were neither allowed to vote nor even granted access to the venue.

No document that supposedly validates the election was signed by my agents because they were also denied access to the voting area.

On my arrival to the venue as an aspirant too, I was denied access to the voting area. My supporters who were around the premises for the primaries resisted the unjust treatment I was given and attempted insisting on my entrance into the voting area.

Like I have consistently been saying, my ambition is not worth anybody’s life or safety, so at that time, I believed the best action to take was to vacate the premises in order to douse the friction and for the safety of the majority delegates, my agents and my supporters who were being targeted by thugs.

I, therefore call on the stakeholders of our party, the APC, to as a matter of urgency, save the reputation of the party by insisting on the members of the electoral committee to conduct a fresh, free and fair election.

I would like to commend and extend profound gratitude to the delegates who despite the ill-treatment, refused to be intimidated by anyone.

“I would also like to send my appreciation to my supporters who have always been with me from the onset. To be silent about the injustice we have experienced, is to disappoint those supporters.

‘I implore all to be calm and remain the law-abiding citizens I know you to be because I still have faith in the APC that this spectacular blunder, we have experienced on the 27th of May, 2022 shall be annulled and credible primary election shall be conducted. Thank you very much and may Allah bless you all.”