Vice President Yemi Osinbajo has expressed concern over the high rate of Nigerians who are living in extreme poverty, saying it keeps him up at night.

Last year, Nigeria overtook India as the nation with the highest number of people living in extreme poverty across the world.

According to available data courtesy of the World Poverty Clock, a web tool produced by World Data Lab, an estimated 93.8 million Nigerians are measured to be living on less than $1.90 a day as of June 2019.

While speaking at a dinner and interactive session with faculty members of the Harvard Business School (HBS) in Lagos on Tuesday, June 18, Osinbajo said he looks forward to an industrialized nation with most people living above the poverty line. He said:

“I think what keeps me up at night has to do with extreme poverty; the issue is that the largest number of those who vote for us are the very poor.

“The promises that government makes to them is that their lives will be better and obviously they are looking at their lives being better in the shortest possible time.

“I will like to see Nigeria being an industrialised nation in the next 10 years; a very strong middle class and most people living above poverty line.” 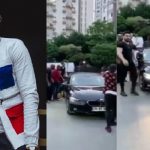 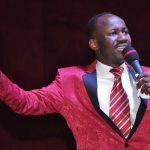