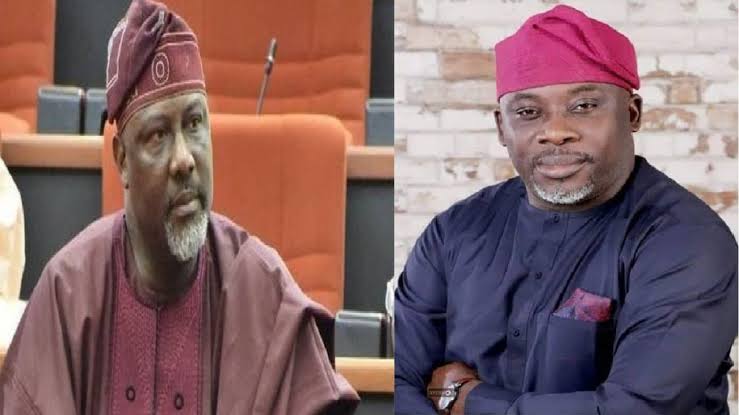 Melaye failed to secure the PDP senatorial ticket when he polled 99 votes against TJ Yusuf who is currently representing Kabba/Bunu Ijumu Federal constituency, who polled 163 votes.

TJ Yusuf, a three terms House of Representatives member had levelled with Dino on Monday night when they both scored 88 votes apiece; leading to a rerun.

But at the rerun on Tuesday, TJ was able to secure a majority of the votes.

While TJ was rooting for Nyesom Wike in the state, Dino Melaye was backing Atiku Abubakar, turning the game to a royal rumble of two influential presidential candidates of the party.

TJ however was able to draw sympathy from the camp of the former governor Ibrahim Idris whose favourite candidate, Sam Aro, polled 72 votes on the first run of the senate primary on Monday.

The Sam Aro bloc vote swung the election in favour of TJ Yusuf and permanently sealed Dino Melaye’s fate as far as 2023 Senatorial ambition is concerned.

READ:  I Gave N20 To A Beggar & Found Myself In A Den Of Ritualists' - Victim Narrates Ordeal

“You Are A Loser!!!” – Fayose’s Brothers Compose New Song For Dino Melaye After He Lost PDP Senatorial Ticket (Video)